The hands that rock the grave 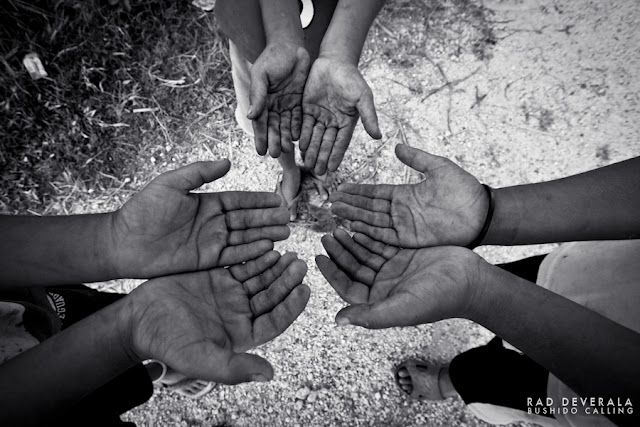 Rest in peace. These were the first words in my mind as I arrived at the public cemetery early that morning. Everything was quiet. A cool breeze welcomed me as I walked down towards the family "mausoleum". 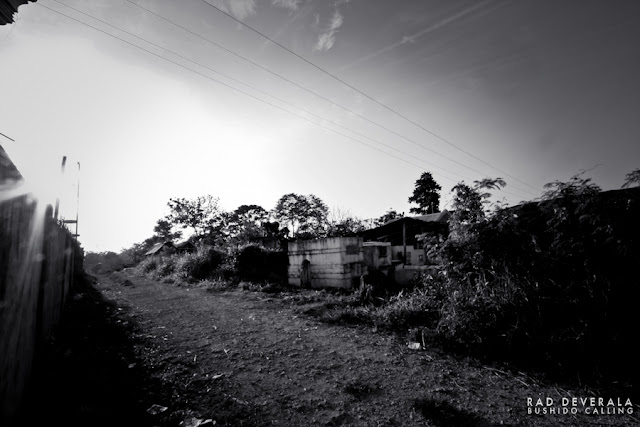 The vines were already crawling around the place. Mud on the floor have hardened. A storm may have caused water to flow inside. Saddest sight was my father's epitaph broken. Something heavy may have hit it hard. It would probably be years again that I could visit here. So, I lit a candle then said my prayers. Here lies the man who planted that spirit of adventure in me. 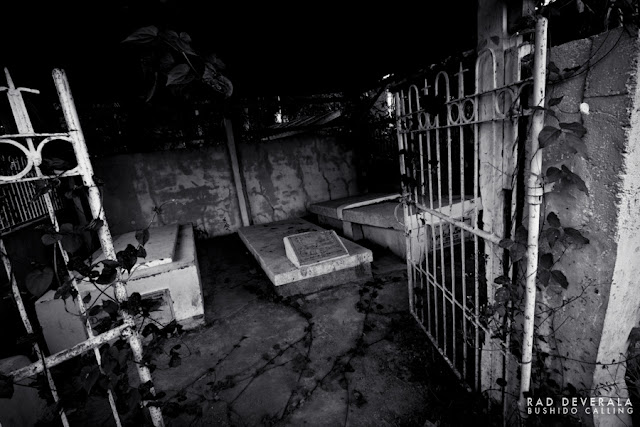 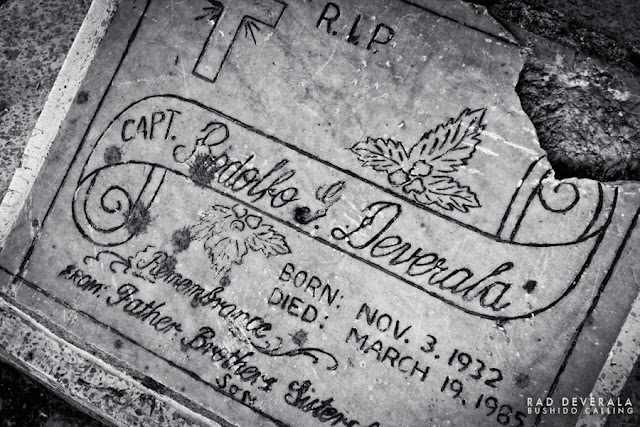 For half an hour I was meditating when suddenly I heard voices. There they were. Two tiny souls. One with a full smile. The other a bit shy. I asked them what are they doing around the cemetery that early. They told me they live nearby and asked me directly if I would want to have the place cleared up for a fee. At first I hesitated. Basically this is a picture of child labour for me. But then again they reminded me of myself when I was their age. 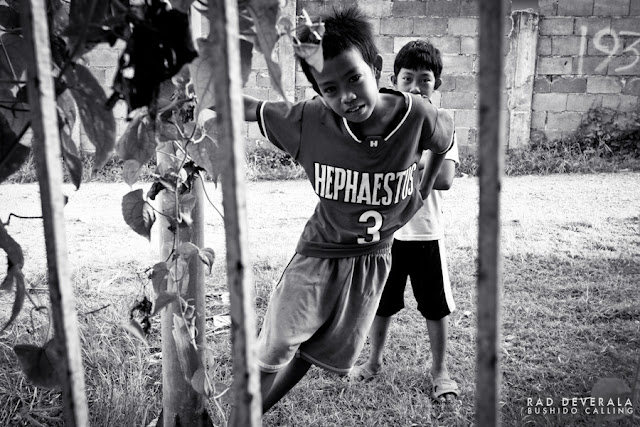 Meet Klen-klen. The deal-maker. He was the one who did all the talking. When I asked them how much would they charge me clearing up the place. He told me an amount and said it would be for both of them. 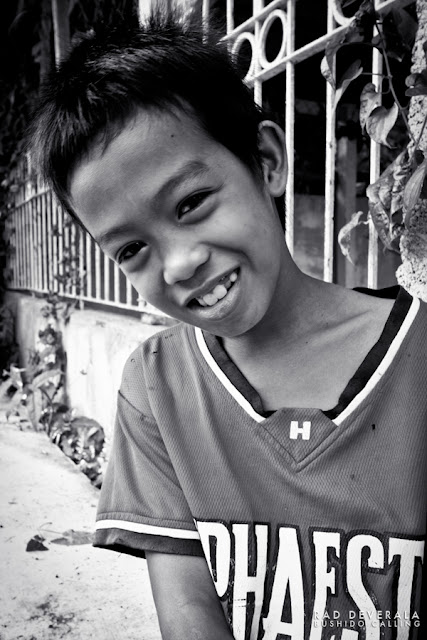 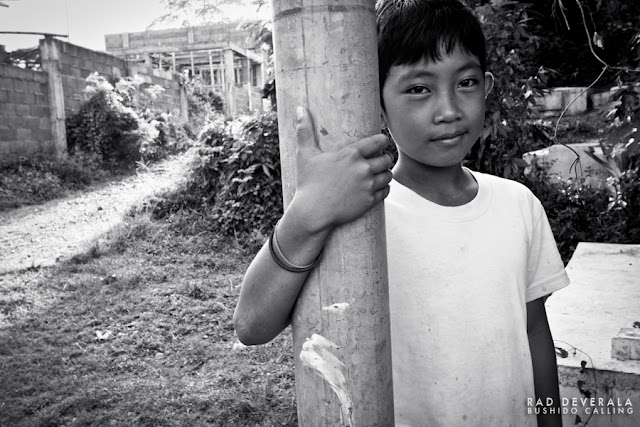 Meet Biboy. The silent one. When Klen-klen was making the deal, he agreed by nodding to him instantly. I asked him if they both attend school. He sheepishly replied yes and pointed to the direction of the nearby school. He is in his sixth grade and buddy Klen-klen on his fifth grade.

When I was still in grade six before in Cebu, me and my friends used to watch after cars and wash tires during election at the school where I go to. Fun memories.

As soon as the deal was made, the two of them went on to clear the place immediately. 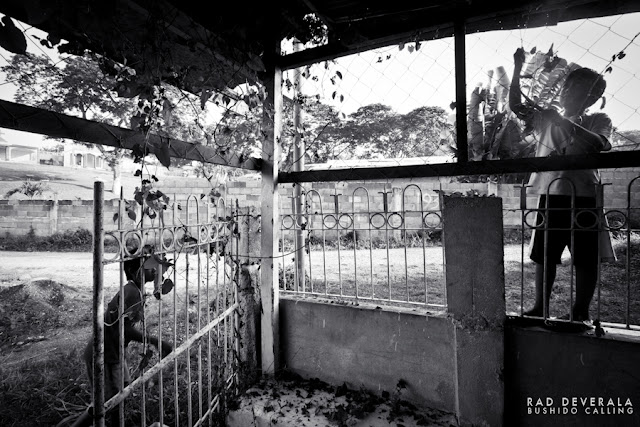 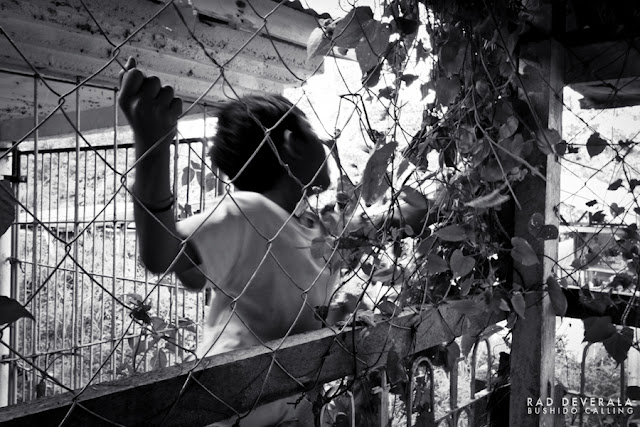 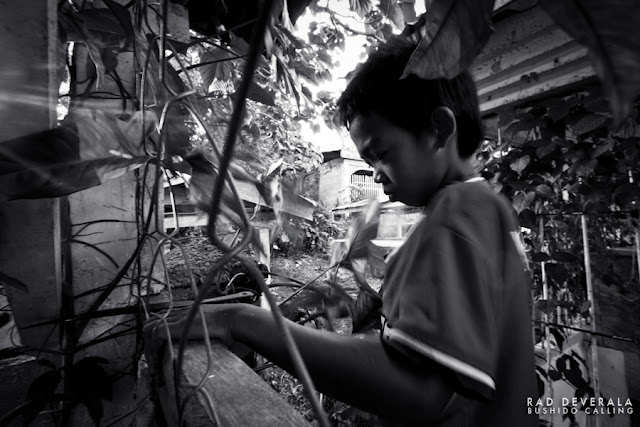 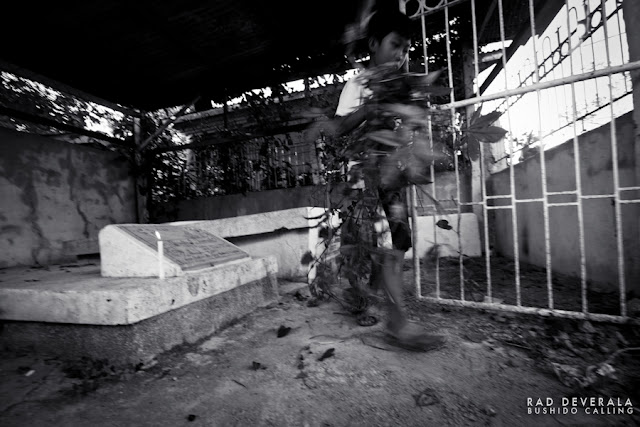 They were climbing all over pulling and slashing vines when suddenly another tiny soul appeared. He talked to klen-klen who replied do not disturb us we are busy. I can not help but notice that he was carrying a katana-like tool. I went to him and asked if he would want to help his friends. 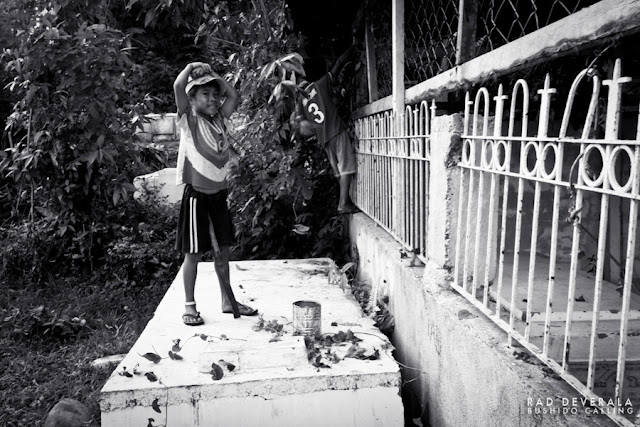 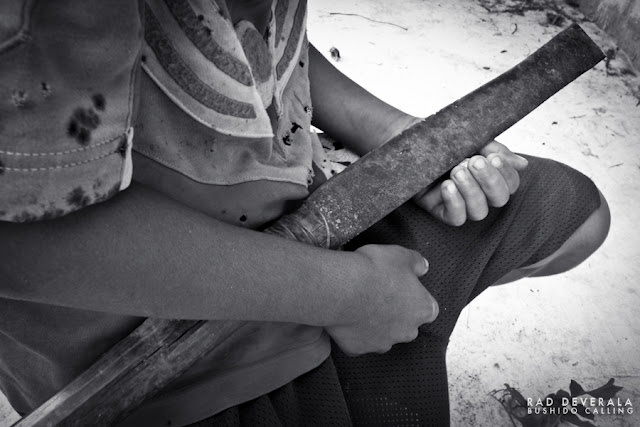 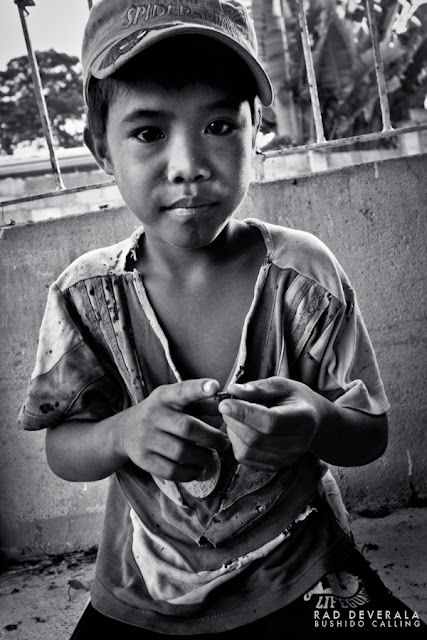 Meet Ren-ren. The one who is ready to serve. He did not even winked. All he ever did was took off his slippers and started scraping the floor. 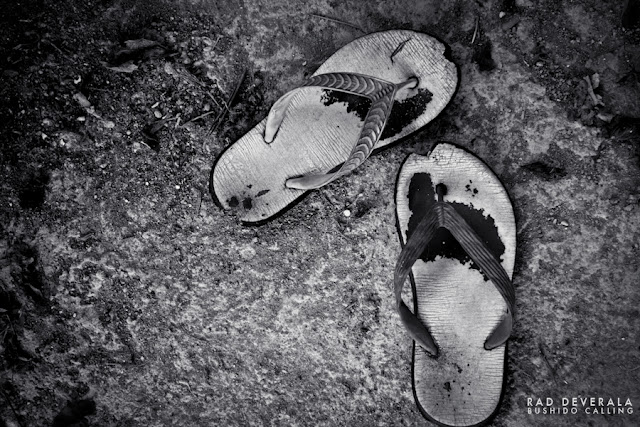 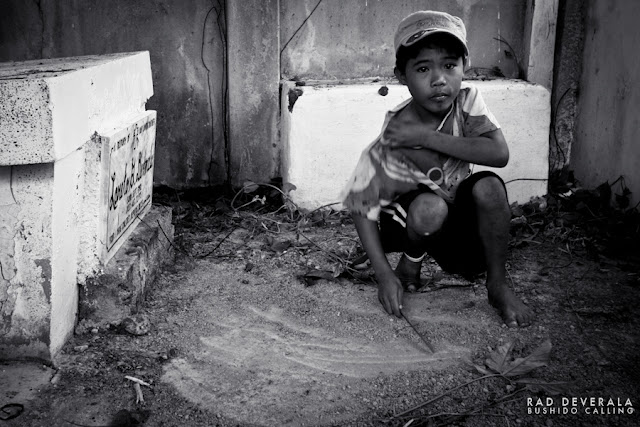 Me and the boys went on cleaning. I lit up another candle before leaving. Then closed the gate. 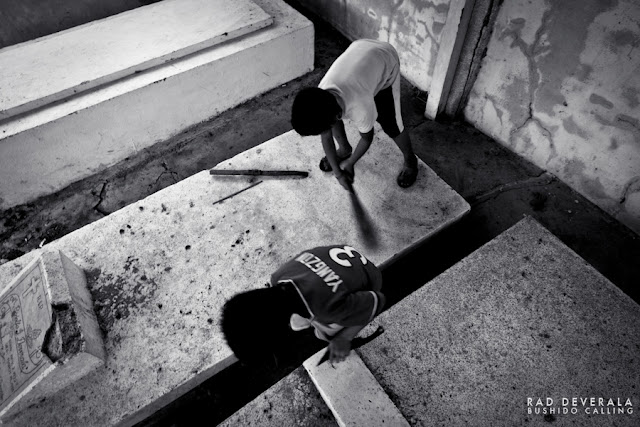 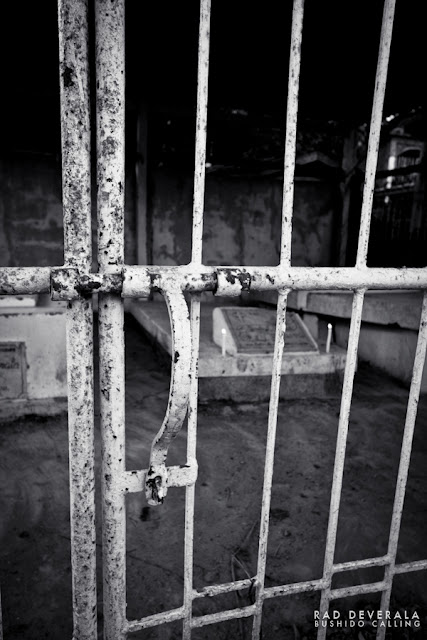 It was already 8AM. They were waiting to get paid when I asked where the nearest place to have breakfast was. Biboy pointed to the nearest carenderia. I said let's go. 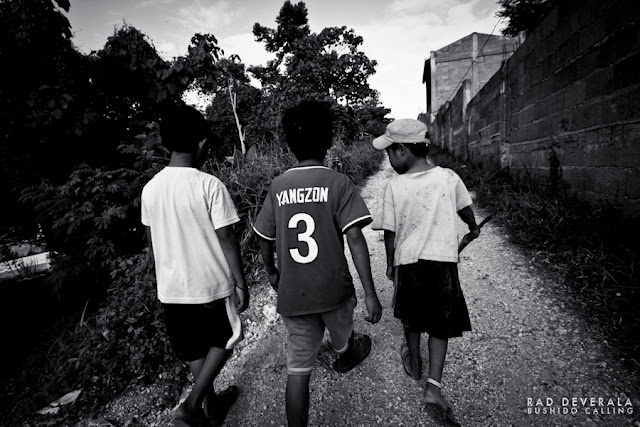 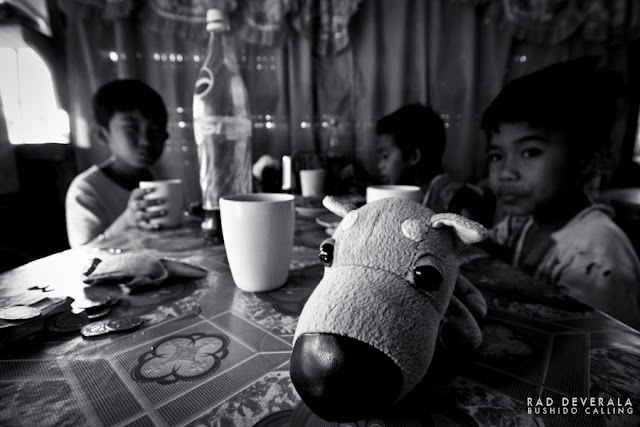 I paid the boys twice the amount each after we had our fill. They thanked me. I told them to not to gamble and study well. It was uplifting to be with them. I pray that God would keep watch over these hardworking souls.

TheDog requested to pose with them before we went. Perhaps when I get to visit Midsayap I would be able to meet these boys again.
Location: Midsayap, Philippines