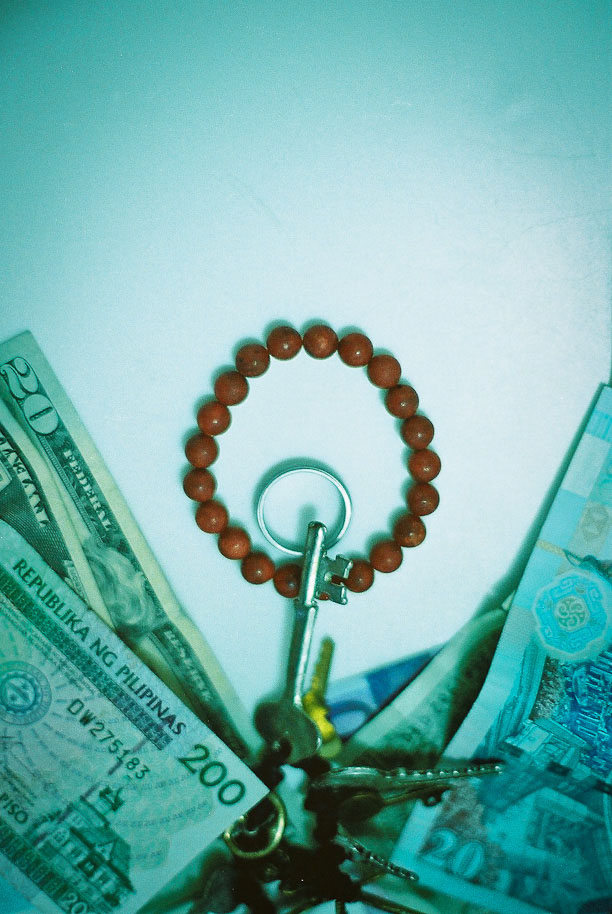 Hi folks. How is everyone's photographic journey these days? As for me, things were really hectic. And I have to abandon the blog for a couple of months. I was in Metro Manila (Quezon City to be exact) last May 28 to June 5 for the on-campus class of the Diploma for Photojournalism. 2 courses, Fundamentals of Photojournalism (May 29 - 31) and Visual Literacy (June 1 - 3) were our focus. It was competitive, intense, full of adrenalin rush, thought provoking and fun. I can't share all of the experiences at once. So once in a while I will be updating things here in the blog. And with the new course, News Gathering & Reporting, coming, I will frequently be writing. So, here's one of my assignments during the Visual Literacy class. Enjoy.

On the 2nd of June, the Diploma for Photojournalism students of the Konrad Adenauer Center for Asian Journalism went around Metro Manila with the goal of creating photos for 2 different assignments. This is assignment 1. Intent.

The following day we went over everyone’s images. I presented my photo last and everyone gave their personal interpretations on its intended message. Later on, I revealed the intended meaning of the photograph. This is the transcript of the discussion.

Moderator: So that is the last photo so everyone can comment on this.

Classmate 01: Maybe I’m wrong, because of the balance. for me I could relate with this photo. Yeah.

Classmate 02: I see that this photo is related to security. Bracelet something to hold on to the keys for the shelter and for the money of course *cough* *cough*

Classmate 03: Ah... this is dollar, peso, I think this mean about money is a key, yeah? Survival.

Moderator: As a photo editor how are you seeing it?

Classmate 04: First glance it looks like a rose. Rose is feminine but yeah they mentioned it already with the money and the keys...  Ah... something that you hold on to and there is the rose coming in the center so basically i see it as a rose and then yeah something to hold on to. I dont have the full meaning.

Classmate 05:  For me it represents the American economy because it is a very good... maybe... stock photo for a story about foreclosure. you lose the money, you lose the keys, you lose your wife with the ring. With the economy everything goes.

Classmate 06: I think it`s like economic difference very frankly. It's twenty dollar, 200 peso yeah, 20 HKdollars, so all the, you know the key that link up is the American because the American handle the economy.

Classmate 07: It seems like a key on a 20th century because it is using more of the twenties and at the same time the basic needs of life *cough* *cough* lets say there is a house over there just below the 200 but that focuses more on the money on this particular century and less on the relationship, on the family, the ring symbolizes the family, there is the husband and the wife and i mean im not sure what those small beads are but for me it symbolizes rosary or something that has to do with religion. so money, relationship and religion, this encapsulates the 20th century.

Classmate 08: The key it represents responsibility i think he would like to present himself as a responsible guy, with his family..., the ring and his religion... the money i cannot...

Classmate 09: Very symbolic, simple one and vague ahhh to carry the, if it is a solid to carry the, a head of the family so in order to get the balance of the center one, in reality, you need the money to support.

Classmate 10: So, if that is the rosary, it represents the faith it is the key to everything. Even in the marriage... it is a wedding ring inside the rosary.

Classmate 07: To add on. we could separate money and focus on the relationship. the white spaces could symbolize the sky with brighter future for that particular relationship.

Classmate 11: We need money. The money is the key to have a good relationship.

Classmate 12: it’s like a... it is a very symbolic image. The money looks like a wing it can make you fly actually.

Course Instructor: The wing! It can make you fly. Would you like to give a song?

(everyone laughs... some chanted song, song)

Moderator: I agree with most of the people but I have to ask you something, why is there so much space in the upside and i want you to answer that.

Course Instructor: The verticality of the image, the whole thing.

Me: So here.. So basically I was only in my room right? So the only things that I have was what`s with me. Actually this is a chair, these are the beads that I use in my hands, the wedding ring, a necklace actually with lots of keys and these are... money. Although this may fall under the category of photo-illustration, so, I would like to say sorry for that. And now that I have given you the elements, uhhhmm I dont want to explain it actually but i would just like to give you the title.

Me: It’s Prostitution. (pause) Ok. Now it is up to you if you could relate to it about prostitution.

Classmate 05: Oh! that’s how you let it go to take it everything.

Me: Oh wait. Sorry, sorry, we are all adults here right and I maybe a little bit biased because I am male but this would pertain to the female figure and you need money, multiple men to do what it is...

Moderator: Rad, this could be a good advertising photograph. You have lots of concepts.

Classmate 05: I think this symbolizes a man in a way too. I was thinking .... I thought it was a man who would let go of everything for that one night.

Me: Oh! you mean these are his stuff. And they are somewhere else doing the trade.

Moderator: He clearly mentioned that he is biased about parts...

Me: Yes, i mean no, no,no. no, basically it speaks to us universally,  prostitution is the first...

Course Instructor: Yeah to say  that word you got two different reactions spelled  different perspectives, that is your male perspective and the female perspective of the word Prostitution....like what classmate 05 was saying, the male then sheds off the ring like you know and the money and all that.

Me: Yeah. Right.That’s the reason why I am only wearing my ring right now to remind me of my marriage.

As I read over the conversation. I cannot help but be awed on how everyone gave their personal insights about the photograph. The closest to give the intended meaning was Classmate 03. He mentioned that “money is a key”. He, at that point, had clearly seen that there is a commercial transaction going on in the image. I was also amazed by the way Classmate 04 read the photograph. He saw femininity. He made mention that it is something to hold on to.  Classmate 08 and Classmate 09 almost had similar interpretations of the image and they saw masculinity. In Classmate 08’s words “he would like to present himself as a responsible guy, with his family...” and in Classmate 09’s “a head of the family”. Were they referring to me, the artist? The way they saw me with them? Or were they telling us who they were? Only they could answer that. Generally, it was seen as a something related to  economy and security. Classmate 11 went as deep as giving credit to money as the building block of strong relationships... “money is the key to have a good relationship”. On a lighter side, Classmate 07 had a more idealistic view, “we could separate money and focus on the relationship. the white spaces could symbolize the sky with brighter future for that particular relationship”.  It was a good discussion. Certain elements in the photograph attracted some people more than the others. The ring, the money, the keys, the beads, and even the space. I can only assume that perhaps these elements appealed to their eyes, emotions, desires or out of their knowledge of the information that they can get from them.

Then I revealed my intent through the title. A far cry from what everyone was talking. I wished everyone saw each others faces. It was a medley of emotions.

And with the reveal of the title, it seemed that the group’s interpretation veered towards  what the title implied. It is interesting to note however that there are still differences in perspectives. Most interesting of all is Classmate 05’s view which is to some extent, opposite to the symbols I have intended to portray and yet her view also opened my eyes to the extent of the message that my photograph was trying to convey. I have intended the elements to represent that of a woman’s while Classmate 05 (with the other ladies in agreement) viewed the elements to represent that of a man’s.

Putting a caption or title is a good way to guide the viewer towards the intent of the photograph. In reflection, no matter how planned my intent was, interpretation of the elements in the photographs will always be affected by the audience’s personal views, experiences and even cultural backgrounds.

Now, if you are still asking for more. Here is a link to what my fellow photographers had come up with this assignment.