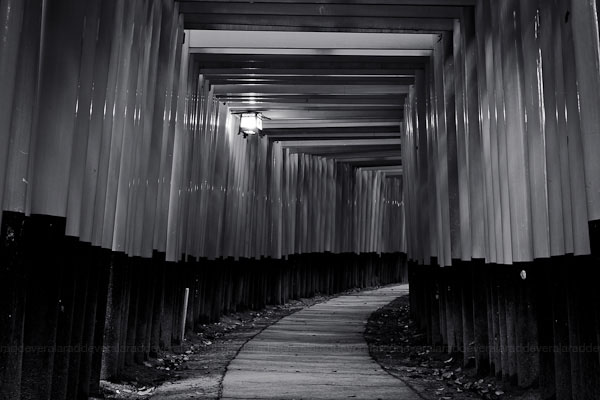 Four years ago Rya and I did something extraordinary. We traveled from Shizuoka city to Kagoshima city, a distance of 1,195 km, using the local train with the Juhachi Kippu for five days.

She was to attend a special class at Kagoshima University. Ken was still in the Philippines with the family so I was free to go with her.

Day one, we took it slow. After four train transfers, we stayed in Kyoto for the whole afternoon. We first visited the Fushimi Inari Taisha. The place has been at the list of my places to visit in Kyoto for quite some time. The thousand vermillion torii is just breathtaking. Rya went inside to feel how Sayuri, the main character of the movie Memoirs of a Geisha, felt when she run up and down the gates. I, on the other hand, pulled my tripod and positioned myself for a few shots. 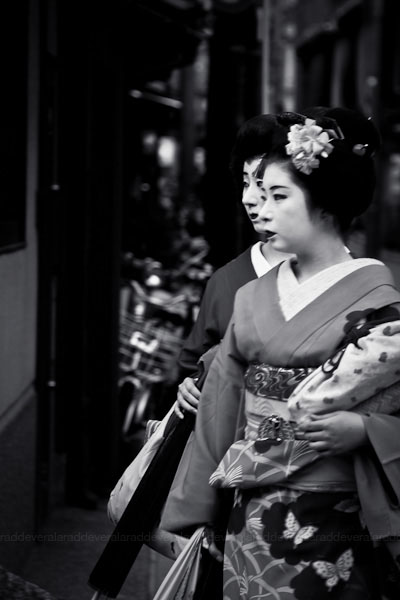 Next stop was the Gion district. Geishas and maikos in full regalia are oftentimes seen walking these old-style Japanese houses-lined streets. It is a sad thing that these beautiful ladies are sometimes seen as "prized catch" by tourists. I have to admit I am guilty of this iniquity during that day. The next time I will visit this place I will summon up my courage, walk to them and ask them politely for a picture.

We left Kyoto around 6PM for Osaka where we boarded the Moonlight Kyushu which departed around 10PM and arrived around 8AM the following day at Fukuoka. Located at the northern part of Kyushu, Fukuoka is Japan's 7th largest city and the most populous.

After washing up and grabbing something for our breakfast we headed south. Two train transfers later we arrived at Kumamoto. We stopped by and visited Kumamoto castle. Kumamoto castle is one of the most magnificent castles I have ever visited. It takes a whole day to wander the castle grounds and may take multiple visits to fully enjoy its grandeur. 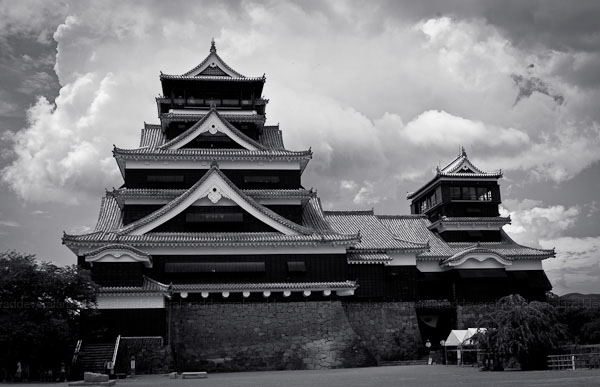 I was asking for more when we left Kumamoto, hoping that I will be able to visit again someday. We arrived at Kagoshima around 10:30PM totally exhausted. I guarantee that both Rya and I were snoring like warthogs.

Grey skies and clouds were deterring the view of Sakurajima the following day. The plan for the day was to take images of the volcano. Instead of moping around I went to the ruins of Kagoshima castle. Then the situation worsened when it began to drizzle. So, I decided to cool down back at the hotel.

When I went to meet Rya at around 5PM, we hurried to the food district and had our early dinner of Kagoshima ramen. The roasted black pork influenced the soup giving it a charred flavor. I remember slurping the noodles in succession.  The taste hit home for Rya and I. We were so full that we decided to walk our way back to the hotel. And then just around the corner we heard noises. We went to see what it was about and right in front of us was an ongoing festival. "Naked" men in fundoshi were carrying a mikoshi or a portable shrine. Just when I was about to take a  few snaps they stopped for a beer break. One thing "regrettable" about this adventure was I did not take enough images. Maybe it is a beginner thing. The lack of tenacity to "get" the shot. Or maybe it was just me being lazy. 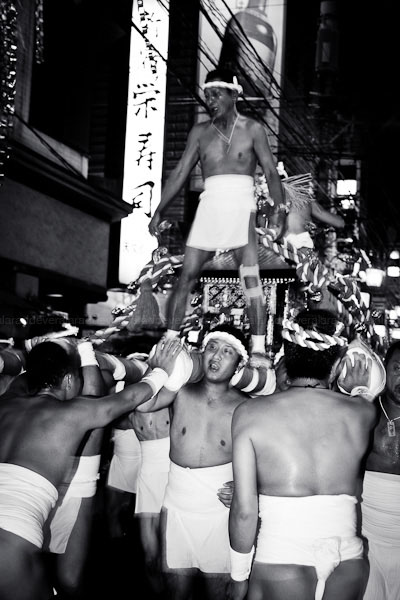 Our night cap was doing some slow shutterspeed shots and panning. With the long day ahead of us, we hit the sack at 9PM.

After six train tranfers, we arrived at Fukuoka 2 hours early for our train back to Osaka. Inside the train we were eating local treats, from steamed sweet potato with sweetened red bean paste to steamed buns. Night trains are very favorable to those who do not want to be disturbed by frequent stopovers.

After arriving in Osaka on our last day we stopped by Kyoto again. This time we checked out the Byodoin Temple in Uji only to be disappointed because the place was crawling with tourists. I think it is best to visit the place during autumn when the foliage is in amazing colors. 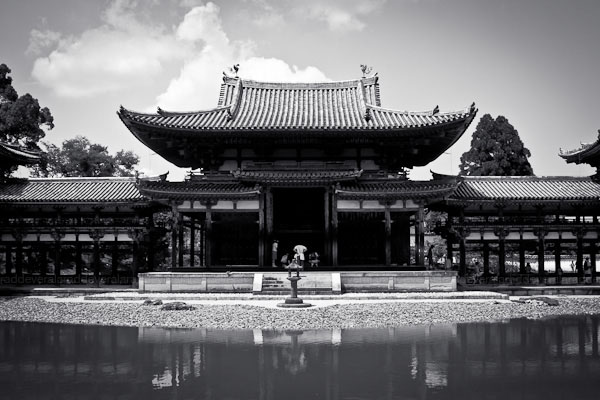 We arrived at Shizuoka around 7PM feeling the "accomplishment". I told Rya to stand in front of the Shizuoka station sign holding the Juhachi Kippu up and clicked. It was irresistible. With Rya getting an extra credit for her degree and me being able to visit a few castles, for just around 10 000 yen instead of 100 000 yen, summer of 2008 was unforgettable.