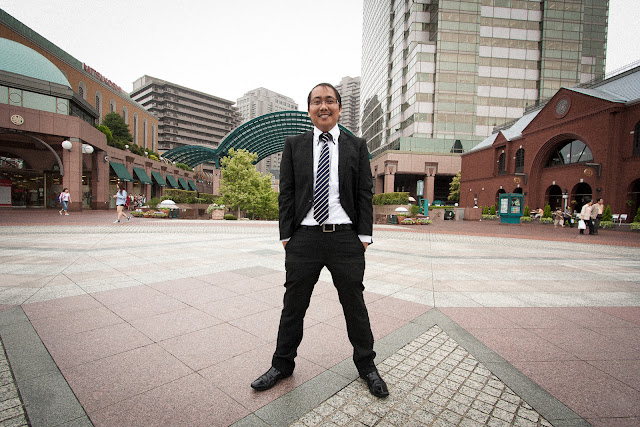 Clad in a stately black suit perfectly matching the Yebisu Garden Place and the posh crowd walking their dogs. We picked a spot outside the Sapporo Beer Station. A young Japanese then came up to us and we ordered two Sapporo draft beers and a pizza.

Johnny Cezar Martinez, a genuine native of Bacolod, the City of Smiles. He is better known as Totomai, a corruption of the words Toto, a common Ilonggo name, and gamay, small. His mother, Nilda Verdeflor, and father, Cezar, gave him this nickname when they saw that he was smaller than the usual newborns. Thus began his funny, adventure in life.

Asked what, was the humorous moment with his family that he could remember, ”It was one time when Papa and Mama went out to buy some groceries", he immediately recalled. "I frantically said... Ma buy me 'Peoples' (referring to the tabloid, Peoples’ Journal)."

An hour later his parents returned. He and his brother Dorb excitedly scoured what they brought.

"I looked for the tabloid but it wasn't there," he said, "So I asked my mother... Ma where's the 'Peoples'? You did not buy me one." His mother told him that it is with the other groceries but he insisted that it was not there. He kept asking his mother to his mother’s exasperation, "Young man look for it with your eyes and not with your mouth!" Frustrated, he stomped to his room. His mother went to the groceries and picked up something.

"Isn't this what you were looking for?", she showed him. Totomai was already laughing, "When I saw it... I burst into laughter!" "My Ma," he burst out laughing, "was holding a bottle of pickles!"  They both laughed, his father and Dorb laughed with them. And until this day when Totomai tells this story of the 'Pickles' it still cracks them up. 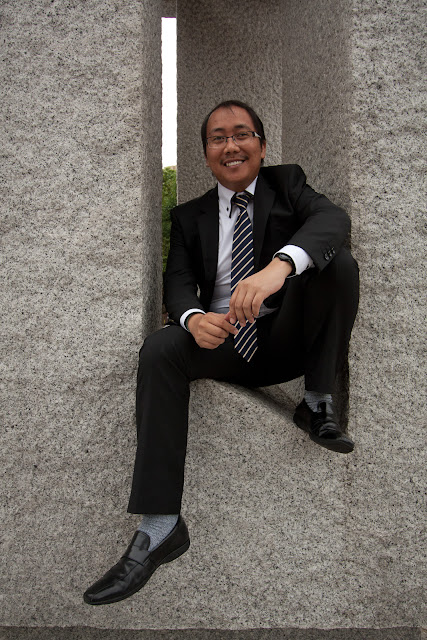 Totomai could have been a nurse like his mother or an accountant if he gave in to his parents' cajoling. He never had a particular dislike for any of his subjects in high school at the La Consolacion College - Bacolod. One incorrigible thing he did was join contests just to escape the first Friday masses. He swears even if he lost the contest it still felt like he won. Ironically, he was a catechist and was teaching Roman Catholic doctrine in public schools.

During his enrollment at the University of St. La Salle, he saw the line under the business course was too long. He bailed out and chose a shorter queue, the engineering course. His eyes were fixed on being a Computer Engineer but eventually got disappointed with a professor. So, he decided to take the Chemical Engineering road. 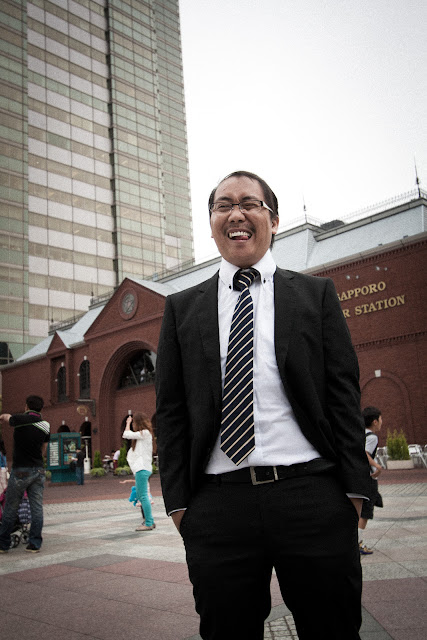 "I love being a Chemical Engineer. After graduating, I realized that I am in a versatile profession. I could be in the academe, manufacturing, design...", he paused and drank his beer, " ... I could even be a dancer or a singer!"

Totomai thought he had a good career going when he joined a nylon manufacturing company. But the owners suddenly decided to cease their operations two years after he was working there. Coincidentally Billy Ocean song played at the bar. He drank his beer and sang, "Suddenly... life has new meaning to me."

New meaning indeed, because he would be unemployed for six months. And to make ends meet, Totomai tutored college, secondary and elementary students in organic chemistry and calculus. Good thing was, his landlady who consented to his late rent payments.

"My life was pretty sad... but it was fine," he said in a mellow tone. "Sad if you think you can't send money for your family in the province. But I was really, really trying to be strong not only for myself but for them too. I know. I know. I have to be successful."

"One special moment that I was thankful of during the time that I didn't have a job", he smiled, "For the first time in my life... my mother and my brother sent me a Valentine's card." He cried while reading their letters. "I was really surprised with that card. I never thought they could write a letter." He laughed.

For four years now, he works at Cameron Japan, a company that designs oil and natural gas production system and process equipment. Before that he worked with them for a year and then work at a different company in Thailand. Totomai's humorous character, optimism and friendliness have helped him greatly in surviving foreign lands. He has gained their trust and occasionally being sent by Cameron Japan to different countries for training and consultation meetings. And during those travels he did what he does best, take photographs. 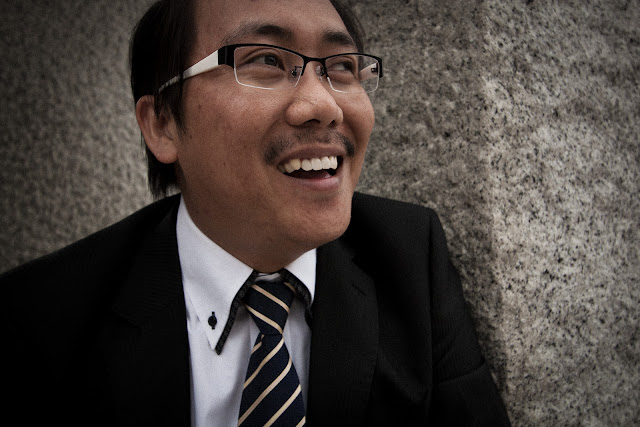 Photography has been one of his hobbies for almost ten years now. He has inspired friends with his no-nonsense attitude to technicalities and other photographic hang-ups. He's just there, composing, clicking and voila! A photograph. Five years ago, he started his photo blog ‘Distilling Thoughts’. In 2009, he was one of the Philippine Blog Awards finalists under the best photo blogs category.

Last year he encouraged the Chemical Engineering class of  his university and said these words, "There's no room for regrets. The real world is totally different from what is confined in your classroom. You have to expect the unexpected. You will also discover what your potential is when you are thrown into the ocean." 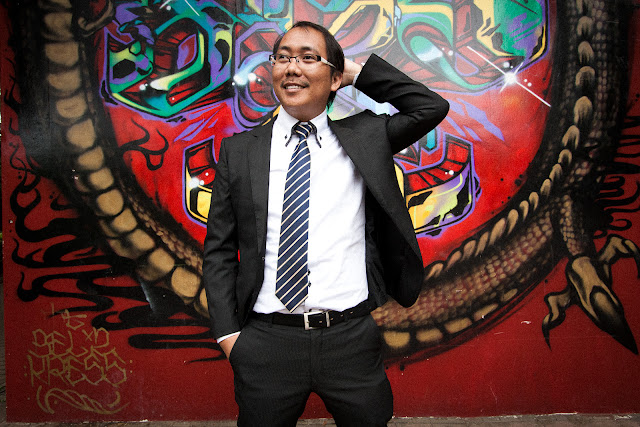 The clouds hovered above and it sprayed cooling the sweltering heat. We finished the pizza and beers. Then I readied my camera to take a few snaps of him. "I always think of happy times. "I'm a clown," he said as he pulled two of his pre-tied ties from his backpack for me to choose. "The only thing I regret is losing my hair at the age of 34." He laughed and struck a pensive pose.