I am in a hiatus at the moment. With Rya going to give birth to our daughter Kaye anytime soon, I am keeping Tank at bay, lock & loaded and just ready to go. So this time I thought to interest you with shots taken by 7 fellow Filipino photo enthusiasts here (or who used to be here) in Japan and attempt to give my review of images they took and had exhibited last year  in Kawazaki City plus some of their recent shots. During meet-ups and photowalks, I always learn a thing or two from them. Admittedly they have influenced and inspired me in the ways I take my pictures. After all, we all get by with a little help from our friends.

Johnny "Totomai" Martinez.
When Edward Weston said that "photography to the amateur is recreation" he must have had Totomai in mind who shoots just for the fun of it. No one enjoys clicking the shutter than this shutterbug. His "who-cares" attitude towards technicalities and vast imagination just collide resulting to remarkable images that every friend grinds in awe and envy every time he shares them. And when you ask him how he did that, all you will ever get from him is a humble smile. 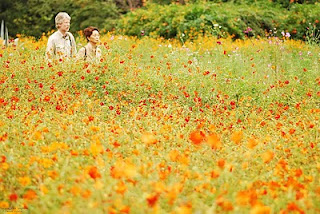 The above image was one of his entries last year at the exhibit. And if it does not remind you of a Georges Seurat then there is no point for you to read until the end of this blog. As I was going through his photostream at Flickr, trying to find what picture would best represent his style. And as much as anyone could easily get lost in the vastness of his  images, I was able to find a recent one. The content (a couple), colors of the flowers and selective focus all add to beauty of both images. A visual poetry. 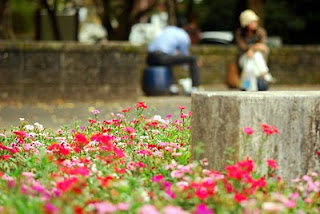 So if you want to get lost (like I did) in visual richness. His photostream and blog is just a click away.

Ephraim "Manong" Furiel.
Legend has it that during those early photowalks with Filipino photo hobbyists, newbies were following him like persistent students. Whenever he shoots on a certain subject. Chances are after he has stepped away, someone would stand on that very  spot and do their best to replicate the shot he just took. Legend or not, who wouldn't do just that? A natural mentor, he selflessly gives tips and techniques. Not to mention that he is one of those shutterbugs who has not gone "mainstream" and is comfortable with his Pentax dSLR. 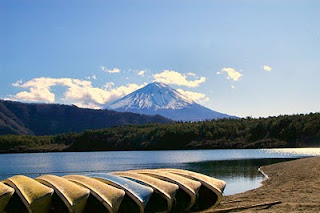 A nature lover. I once ask Manong what is his niche. He said it is a difficult question to answer, so he will settle with landscape photography. I was expecting that. And with his Mt. Fuji entry it was an obvious answer. Probably one of the few persons I know who has circumscribed nearby Mt. Fuji for its best views/spots. Below is the view of Mt. Fuji from the nearby Shibazakura (Moss Pink) park. 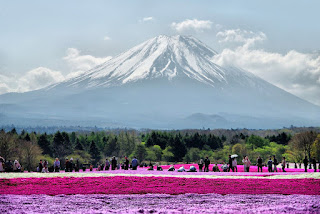 Hopefully in the near future (since having a week long free time and having a day job just don't mix here in Japan), I would invite him and a few crew to spend the outdoors of Hokkaido. In the meantime, let us enjoy his photostream.
John Ray "Kikoy" Balayon.
Word on the street is that "whenever there is a matsuri (festival) you will find Kikoy shooting".  Always at the forefront, this shutterbug has a strong bond with Street / Event photography. Mind you he has been from Okinawa to Hokkaido. That is Japan's end to end. I remember him to be the first to explain to me about basic exposure by checking the camera's histogram. 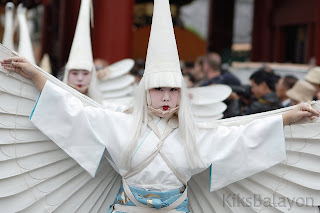 And when I saw one of his entries I readily checked the tonal value of the subject. On another note, the eyes of the subject pulls the viewer. The anticipation to capture the dancer spreading her wings (the ray-like lines) also adds graphical appeal to the image. Capturing the emotions of a street dancer seems easy to this seasoned shooter. The image below undeniably invites you to move your feet and go wild on the street. 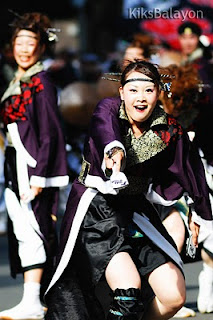 He has returned to the Philippines and at the moment [inactive] with the hobby. Everybody knows how dangerous the streets of Manila are. But while waiting for him to return, give his photostream a visit.
Winston "Scion" Sumalia.
"In Japan, I love taking pictures of random people at their candid moments." These are Winston's words. Suffice it to say that this shutterbug walks the talk. There is no stopping him taking advantage of the advantages of digital photography. He knows the value of split second situations and just don't want to miss anything it offers. Click. Click. Click. Ad infinitum. 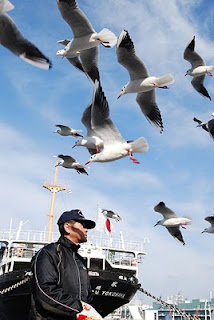 If my memory serves me right, he did say that when he took the above entry shot he was a newbie and was using Auto mode. Unbelievable. The dynamics of this image is so uncanny. Best part is the shadow of the seagull on the man's face. That is perfect timing. Three years after, I knew for sure that he already uses Manual or Aperture mode. He is tireless in studying the craft and even shared most of the pointers during our bootcamp. But some things never change. The "Kodak" moment. 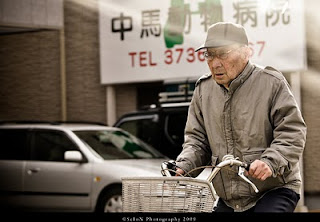 By the way, he, too, has gone back to the Philippines and is now freelancing as a pre-nup photographer. Come by his photostream or browse his blog for the latest gig.
Noli "Kid" Perez.
First time I met Kid was on a photoshoot with a friend who stood in as our model. Here is a shutterbug who has known his calling from the start. Portrait & Fashion photography. In such a short time he has achieved a rich portfolio by collaborating with a lot of  models and make-up artists. 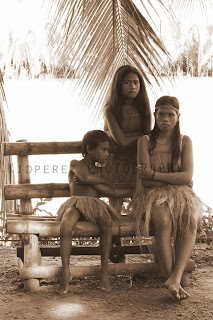 Chiaroscuro. The absolute absence of tone on the background of the above image gave more strength to the triangular composition of the subject. My curiosity was on the texture of their emotions. His latest work (below) is again, a play of light. You can see how the face is isolated by the light color of the umbrella. The classic look-away just made this image more mysterious. 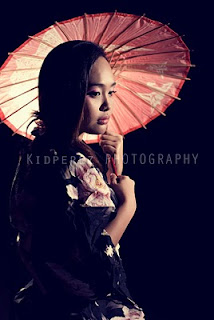 If you so happen to like this genre, check out his photostream.
John "JP" Perez.
In the course of me meeting new friends of the same hobby none is as "negative" as this shutterbug. Honestly, he is one of the chosen few (well along with some FTPS people) who just love film photography. Another tireless teacher, his comprehensive lessons about the technicalities of photography are endless at the Filipino forum. I think this is innate with seasoned film photographers. 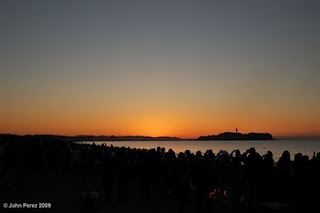 At times when looking at a picture I try to see through the image and understand the man (or woman for that matter) behind it. That is true to JP's shots. His images are so peaceful. Right there on, you can say it took a lot of patience to capture that right image. Knowing how limited his chances of shooting are, the composition, correct exposure, aperture used, everything is well planned. 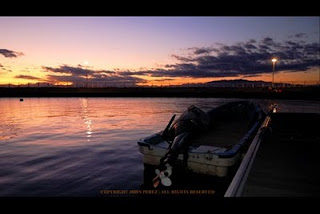 The next time I will have  the chance to lug a film camera, I am going to ask him to teach me. Do you need some serious advice about photography? Here is his photostream and drop him a message.
Jesslee "Kalandrakas" Cuizon.
Prolific. Popular. Pioneering. An administrator of Flickr Tokyo Photo Session. To name a few of this shutterbug's countless activities, he led last year's Scott Kelby's WorldWide Photowalk in Tokyo and collaborated with Paulette Waltz capturing Tokyo's smiles.  I have always thought of him as a professional photojournalist doing commissions for Japanese NGOs. 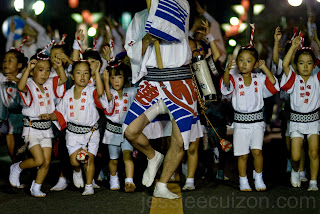 His brand in presenting the world he sees is always documentary. Last year he presented at the exhibit a rather unusual entry. Filling the frame with children swaying their hands in delightful rhythm and their faces  full of innocence. It is worthy of notice and mention the vertical central figure captured with one foot standing on a line and holding a pole which created balance to the whole frame dynamics. The image below is one of his fresh works that I would want to see printed and exhibited. The challenge involved in taking this image was so demanding that he needed to wade in and almost dropped his camera. The result is undeniable. Here he was able to freeze the struggle of the men carrying the mikoshi (portable shrine). And the triangular relationship of the composition has a strong point to how we humans have a strong yearning of that which is heavenly and the way we connect with it. 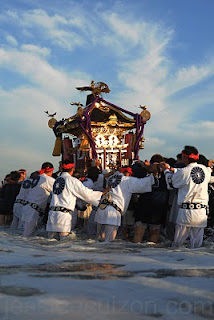 I strongly recommend my readers to visit his photoblog and photostream.

Of course these are not just the friends I have met and came to walk with here in Japan. For the record, I am no sexist either. In fact, I am reserving another blog entry for the females to balance this all male entry.


I hope that you have been influenced, inspired and learned something from this post. And by the way, did I ever mention I have my own photostream?