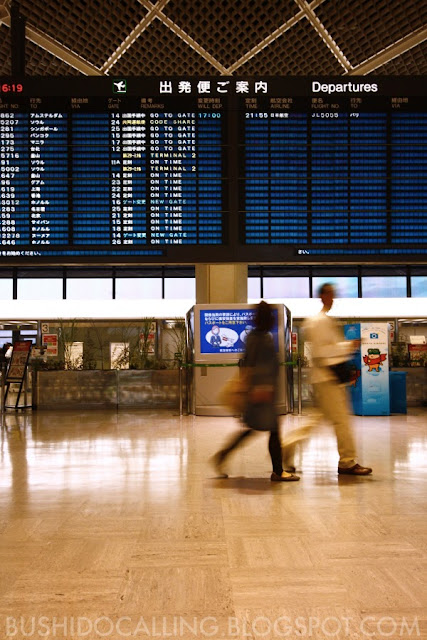 Opportunity knocks when we least expect it. And most of the time its knock is so faint that we fail to recognize its there and only until after we realize it for what it is and then call it a "blessing in disguise".


I had my opportunity to visit Hong Kong again when the Philippine embassy in Tokyo needed a few documents from us. Although the nature of this trip was purely business, it is undeniable that I had some chance of pleasure. I call it photography. 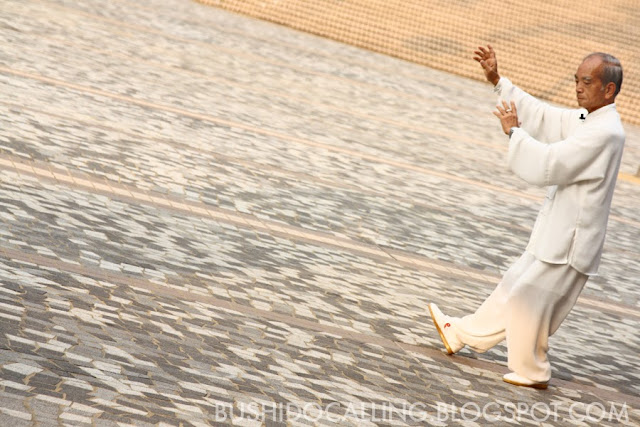 As much as it has some similarities with my travels here in Japan. There were a lot of new lessons I learned from this adventure. 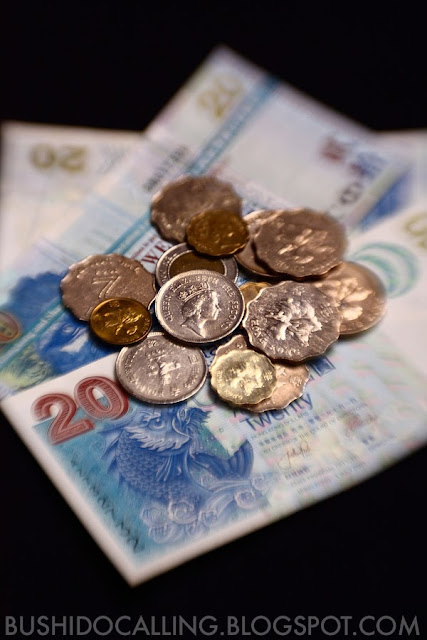 First, the finances. I was able to secure the most reasonable roundtrip airfare. Delta Airways trumped JAL. As much as I had some minor inconveniences during my departure from Hong Kong with the baggage check-in staff and an airport security guard, all's well that ends well. I chose Golden Crown hostel over any hotel. This option gave the biggest savings of all since most of the time I would be out and would be back after sun down, I only needed a place for my things. Another reason why I chose this hostel was that it is practically situated just above the MTR Tsim Sha Tsui Exit D at Carnavon Road. Not to mention, they have a kind and friendly Filipina staff (Lina Wong). Recording ferry, bus, subway fares and the daily food budget. It is good that I still have my Hong Kong's smart card (Octopus card) which took care of the inconvenience of counting coins in paying for a lot of things, like ferry fares, bottled water, etc. Cash is still the king though so I also researched for a safe & honest money changer. Wing Hoi Money Changer has a reputation of giving higher rates and the best part is that, it is located at the ground floor of Mirador Mansion at Nathan Road, Tsim Sha Tsui just a block away from my accommodation. 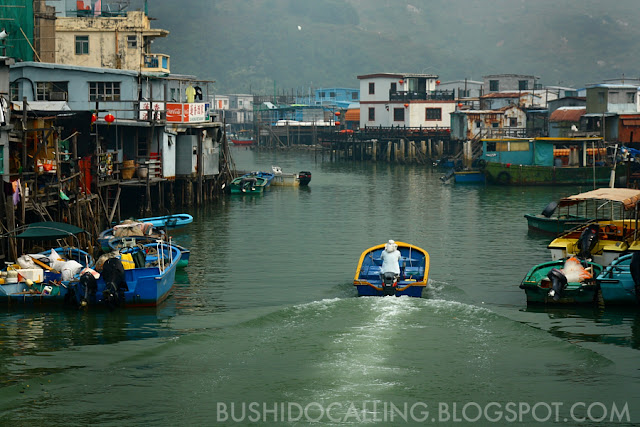 Second is having a shot list. After plotting out the 5 day itinerary. I printed a map of the places and plotted out the areas I may possibly be shooting and with what lens. Having only one camerachanging lens often can really be tedious at times. But don't get me wrong. I am not complaining. As much as I am hoping that in the near future I would look like some pistolero having two dSLR bodies hanging around, I make do with what I have. I also printed out Matt Brandon's The Photo Essay: Give it Your Best Shot article as a guide. Since I would be moving from one place to another, I outlined a few possible shots that I would like to capture. Maximizing the time allotted to a given place is important. It is short of saying that I don't want to get left behind by the scheduled bus. I know it would have been better to stay until the light becomes dramatic. So again, I have to make do with the situation I am in and the available light. 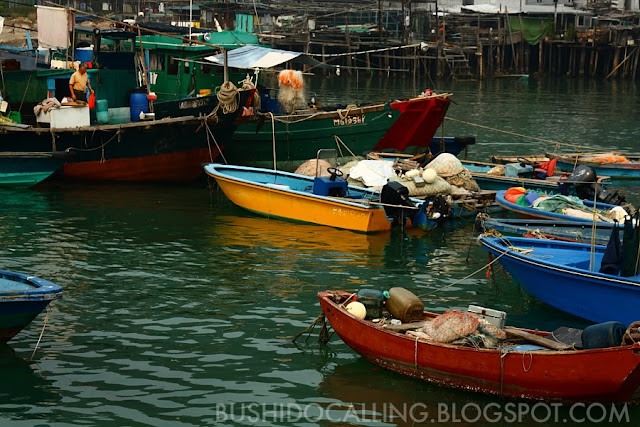 Third lesson is being a "people-person". Time and time again I always have a problem with walking to a person, talking to them and asking them for permission to have their portraits taken. I think the japanese castles that I have "collected" over time are reason enough to convince anyone. This was my first time to actually talk to a monk. I now also know the feeling of what humanitarian photographers are talking about how insensitive tourists could be. Before I had that brief encounter with the monk, she was sitting, chanting her sutras and swatting them like flies as they hover in close to her, clicking and some even have their on-board flashes. Another first encounter was with the angry man at the promenade at Aberdeen who prohibited me from taking pictures of anything. He asked me where I was from and when I said I was from the Philippines the more hostile his voice became. In events like these. Just smile. Walk away. Fast. And go to the nearest bus station. After that Serengeti slip I went to have some ice cream and shook off the "life-threatening" situation. 2 out of 10 person agreed when I asked to have their portraits taken. The rest just walked away with their palms against the camera  or shaking their heads. The monk, although she declined was good-humored and said "solli". I looked at her and smiled back. I think that was the best part of my day. 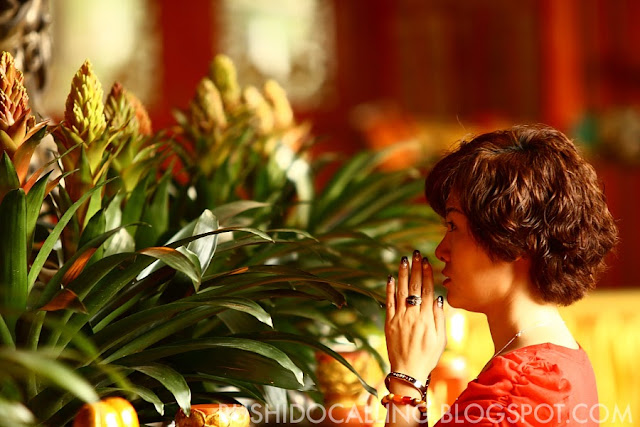 Fourth language. I am aware of the importance of speaking a few polite phrases of the place you are visiting could take you a long way. I, myself speaks four Filipino dialects, Tagalog (which is commonly understood), Ilokano (of the North), Hiligaynon and Cebuano (of the Visayas and Mindanao). What I missed was company or even a shooting buddy. That someone who would look after my back when I was shooting and I would look after his. That someone who can interact with the locals, speaks fluent Cantonese (the language of the land) and can translate back to me. Although we have a friend (who we call Super Manong) who fits the description. He was only available after office hours. We got together on the 3rd day and hit the night scene at Wan Chai and treated me to a hefty meal of Filipino cuisine. Agyamanak Manong Super! 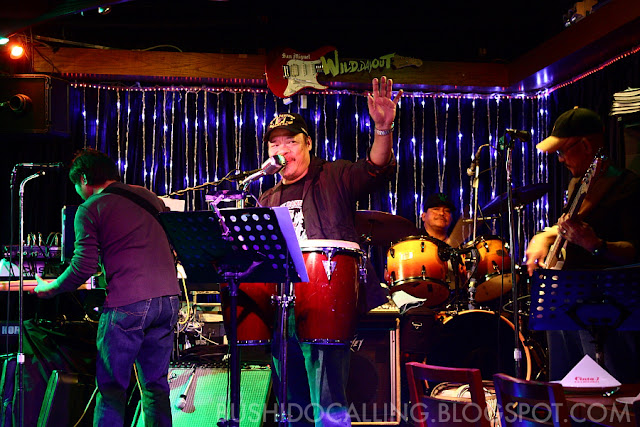 Last is Lightroom. Very late. I know. As much as I am comfortable with my Photoshop CS2 (old), One thing painfully inevitable in the digital world is upgrades. Good thing there are trial versions. I am planning to publish a coffee table of this travel at Blurb. Lightroom offers a lot of features that are interesting to learn. Tight Photoshop integration, superior noise reduction and batch processing are just a few to mention which saves a lot of time. Final images will still pass by Photoshop. CMYK, TIFF embedding the Blurb ICC Profile. Then on to InDesign for the final page layouts. The book will be a the softcover, small square (18 x 18 cm) size with 40 inside pages. 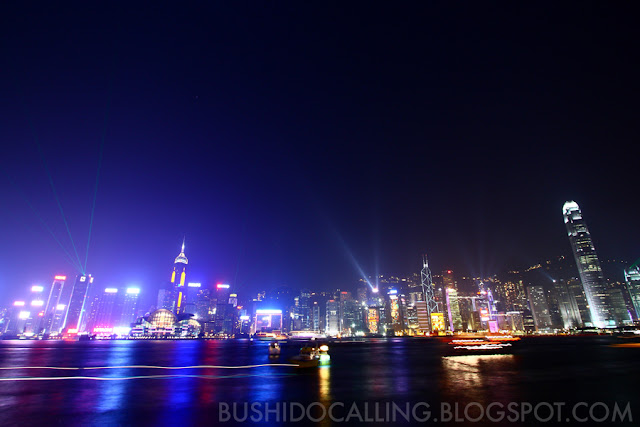 The holiday season is fast approaching. This is the perfect opportunity for you to own it and see the different side of Hong Kong or give it as a gift and be a blessing in disguise. As soon as I am finished with the book I will be knocking back loud to tell you.