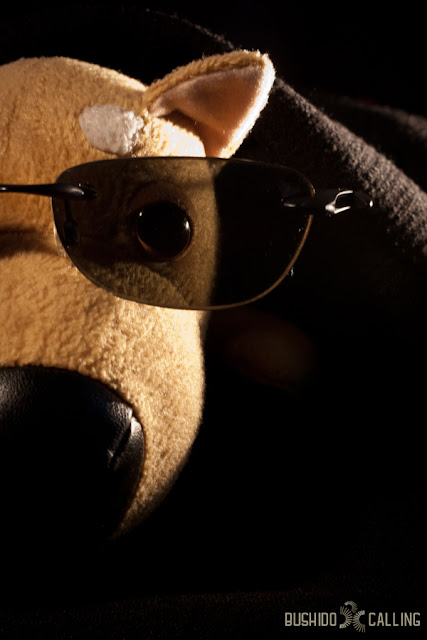 It all started 3 years ago in the backstreets of Shizuoka, Japan when I finally found him. Without a clue, he took me home. My name is TheDog. I am a golden labrador retriever. I used to work at an agency sniffing all sorts of whatnots to uphold justice and keep the peace. My former handler took the hit on what was supposed to be my last narcotics bust mission near the borders of Mexico. He was the closest to family that I ever had. His last words were to for me to find his long lost brother, serve and protect him. This is my story. 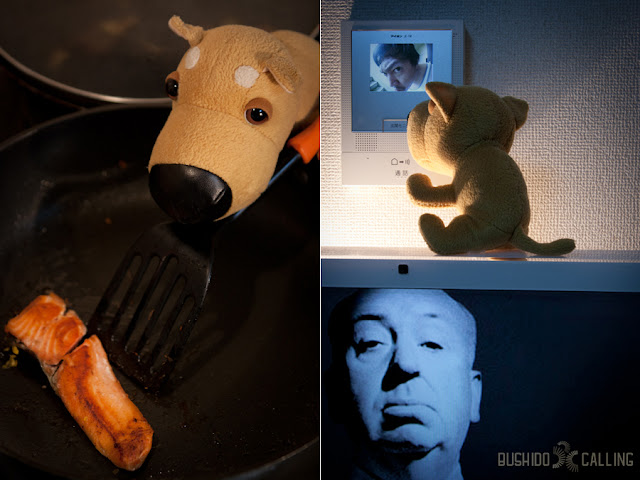 Aside from the obvious reasons of watching over him from all suspicious characters who knocks at his door, I occasionally cook his favorite dishes. 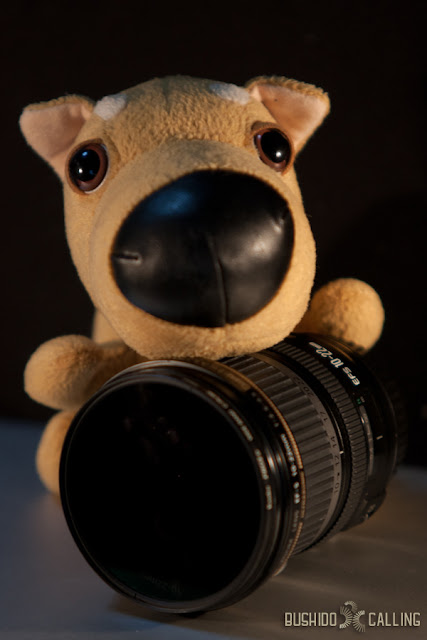 He loves photography. And the basic reason why he took me home was for me to wipe his filters and glass. Sometimes, from taking off the cap or just by twisting the polarizing filter, his thumb or finger accidentally touches and leaves a mark on the filter that needs cleaning. Most often it is dust that needs to be cleared out. 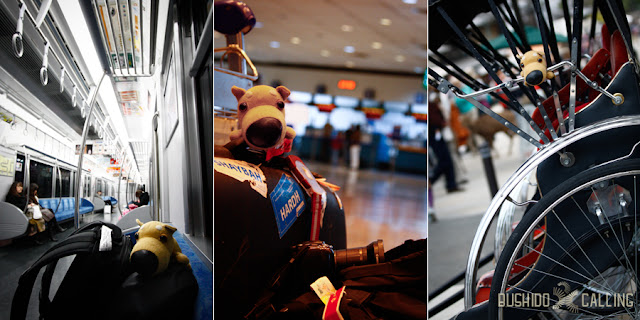 Be it by train, plane or rickshaw, I always enjoy traveling with him. While he reads, my eyes feast on the sights along the way. Did you know that in Japan the (old) Tokaido is what Route 66 is to America? It starts at Nihonbashi, Tokyo and ends at Sanjo Ohashi, Kyoto. 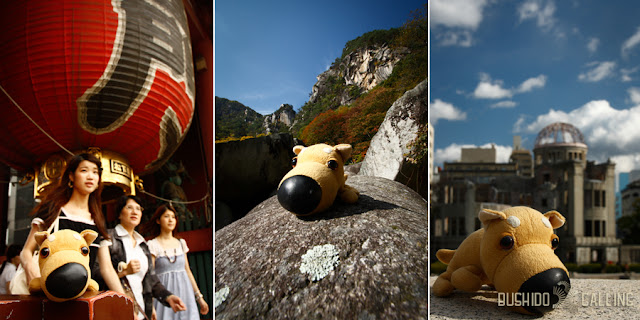 From Sendai, Tokyo, Kofu, Hiroshima, Matsue and Kyushu he never fails to tag me along. Whatever the season. Whatever the reason. I remember when we went to Kanazawa to visit the castle. It was the winter of 2009. The train schedule got mixed up. We did not make it to Shizuoka so we stayed at a friend in Hamamatsu for the night. I thought he was keeping me warm when he wrapped me with a towel. Wrong. He was going to use me as his pillow. The horror. 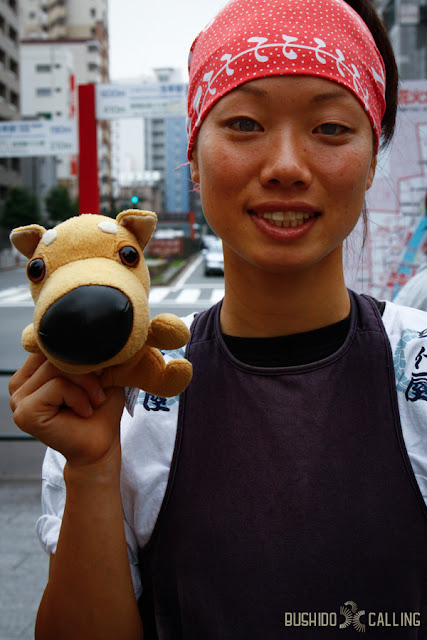 Most of his friends are living in the Tokyo area. And most of them have a love for photography too. They sometimes go on photowalks. He also uses me as a conversation starter. Whenever he wants to take someone else's portrait, he makes them hold me. Takes a shot. Then takes me back. Talks with them for a while. Now that they are comfortable with him, he then takes their portrait. 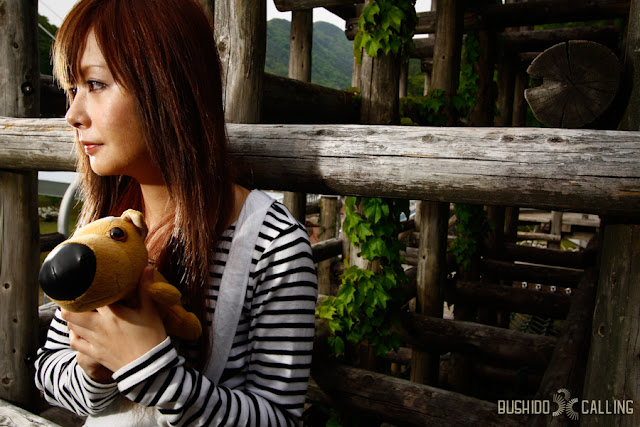 The best time was when he was shooting with models. Again with his trick to make them comfortable with him, he makes them hold me for a shot. 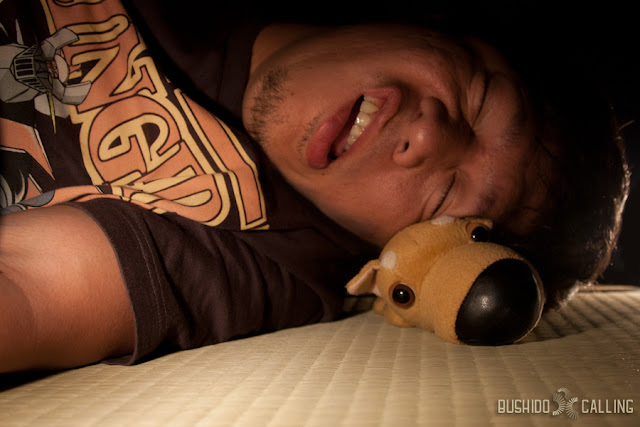 These past few weeks I have noticed that he has been experiencing some block of sort. Aside from being an alternative to a beanbag, he makes use of my fluffiness for his own comfort. I sometimes think of calling the authorities. Sue him for animal cruelty. You know, just to teach him a lesson with that awful snore. But my better nature always prevailed. Plus, I did promise his brother. So here I am. Serving. 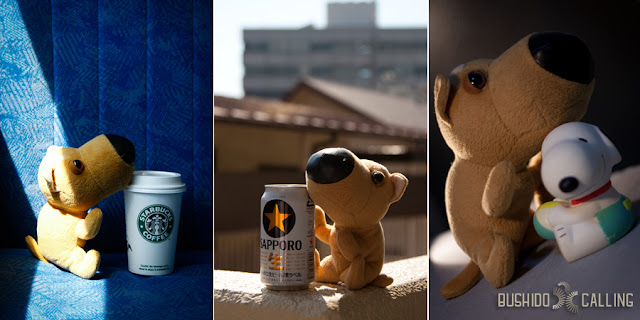 Good thing about this block he is experiencing is that, I get to have my me time. Alone, having my own cup of joe in the morning or cooling off with a can of beer late in the afternoon. Bliss! The other night I played ball with one of my famous beagle friend. He also lost his handler. An awesome, talented man. 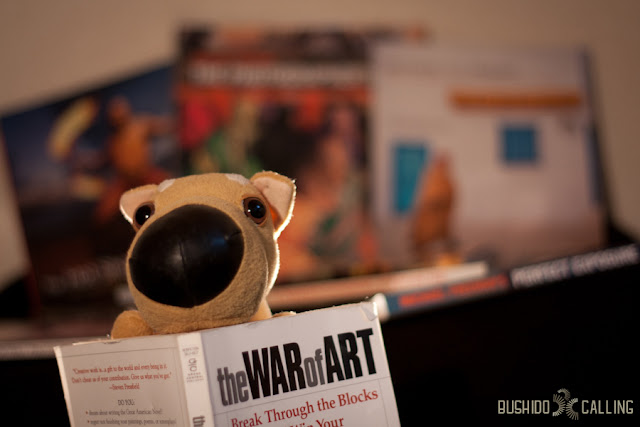 Hopefully the dry spell will end. Until then, I will just immerse myself with some good reading. Perhaps I will recommend this book I am  reading right now. Then he and I could go on another adventure and see some new places.