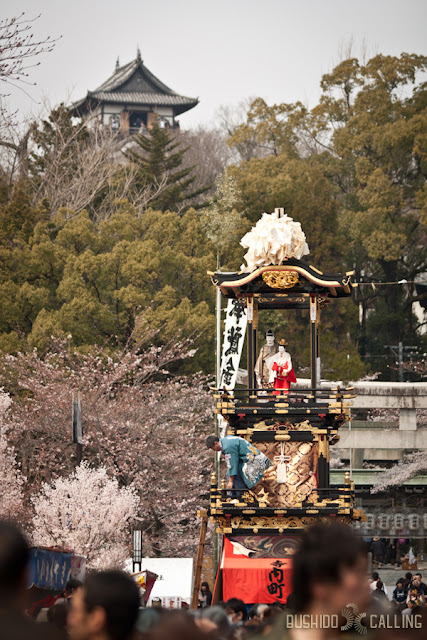 Rya and I came across the Inuyama matsuri flyer at the station. With one stamp left on my 18 kippu ticket, I thought this was perfect. It falls on a weekend and it was not that far. 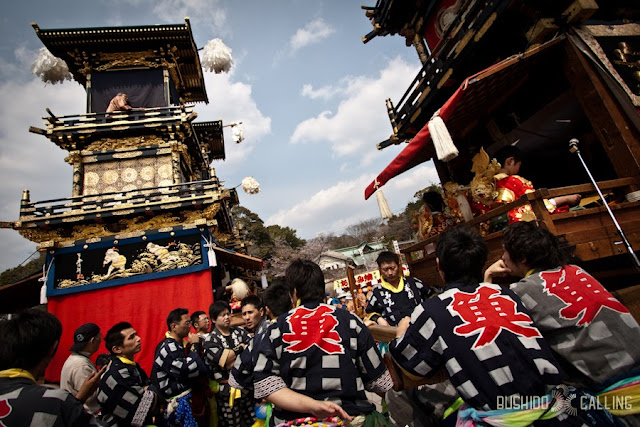 The parade already started when I arrived. For 375 years this tradition is being celebrated every first weekend of April. The floats are aptly called Yama. The 13 floats are 3 layered and 25 feet high wooden towers. They are designated as the prefecture's tangible folk asset. 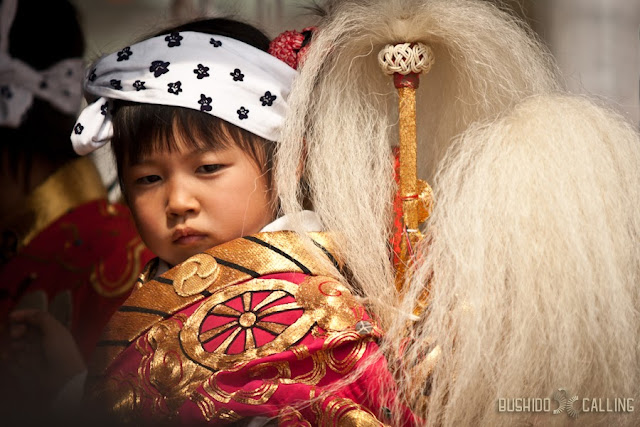 Each doll on the top layer tells a different story which is accompanied by flute and drums played by children at the bottom layer. These stories are best seen from a distance. 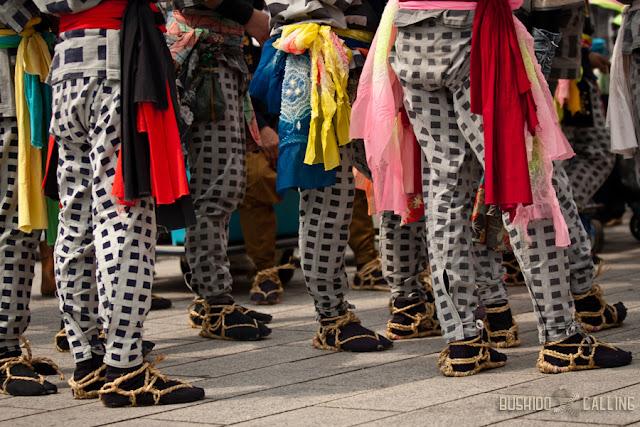 More people were coming as the day progressed. The men who push the yama were waiting patiently for their turn. 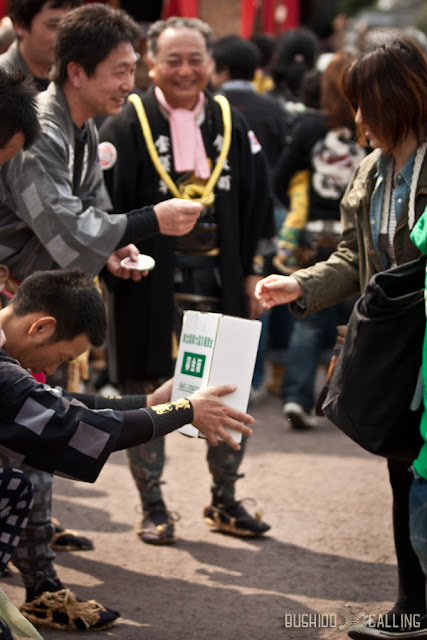 Some were holding donation boxes for the Tohoku Earthquake & Tsunami victims. 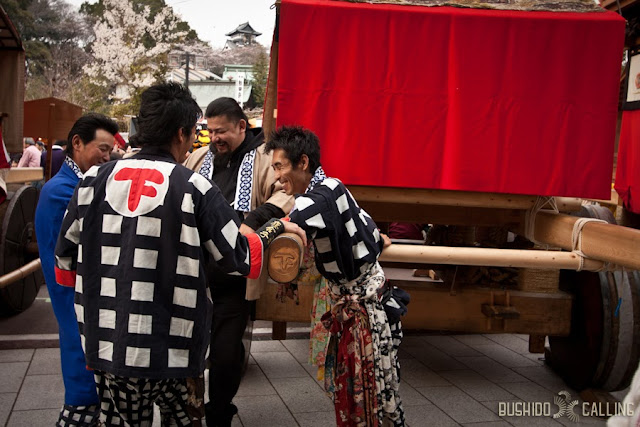 Others were enjoying a good conversation. 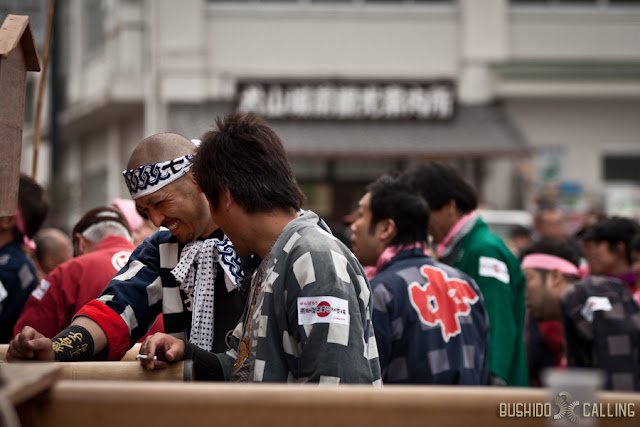 While a few were reserving their strength for the feat ahead. 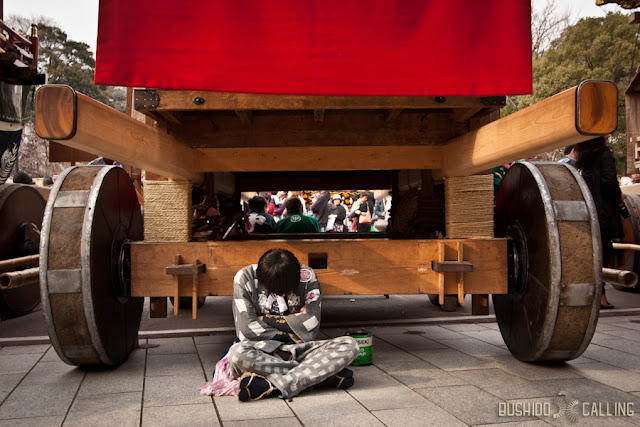 It was not until around 5:30 that they started to get busy again. They prepped up the yama and filled them with lanterns. 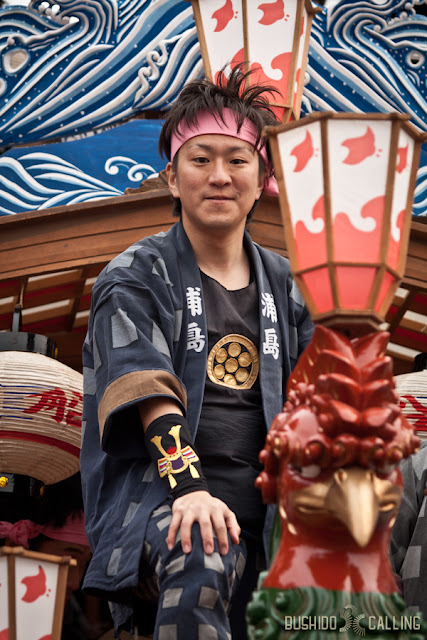 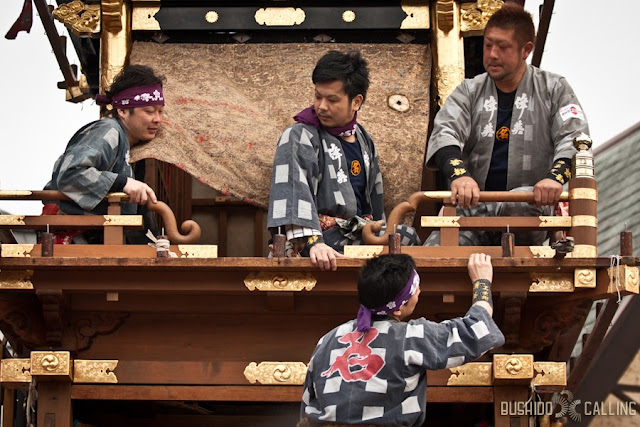 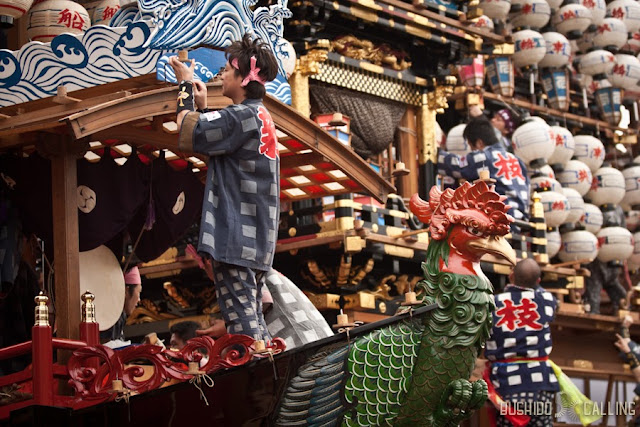 And when night fell, the action continued. 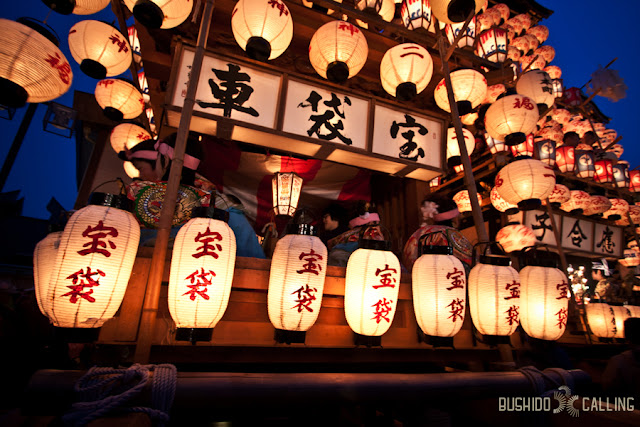 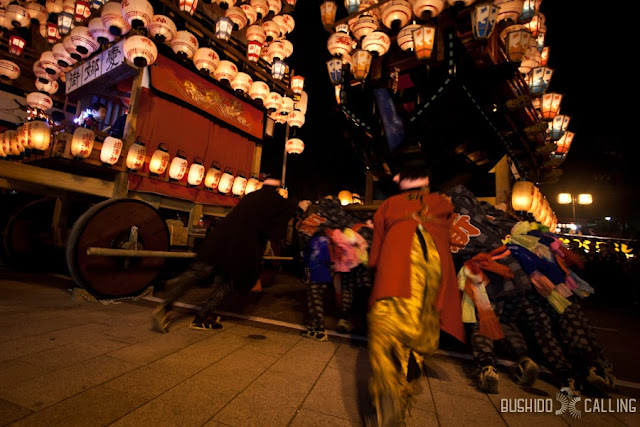 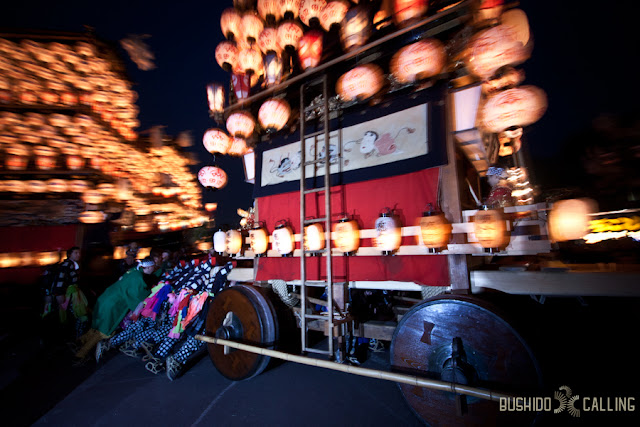 It was satisfying being a part of Inuyama matsuri knowing that some of the matsuri in the Kanto area have been cancelled recently. Comparing this year to the previous year's, I thought there were less spectators than expected. 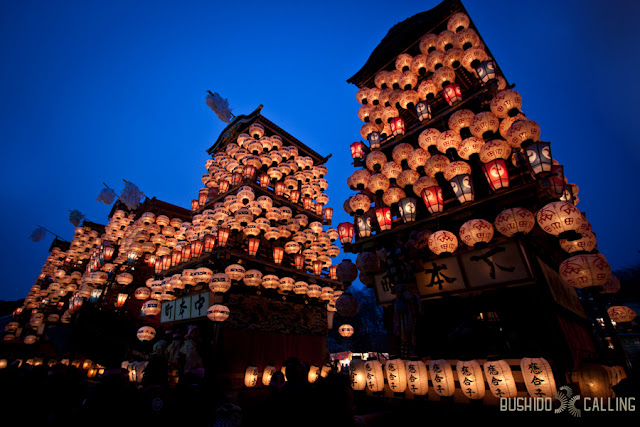 I thought that the festival, showing men moving the yama and lighting the way is very symbolic and analogous to what the nation is in now. Ganbare Nippon! [ View more images on my Flickr. ]