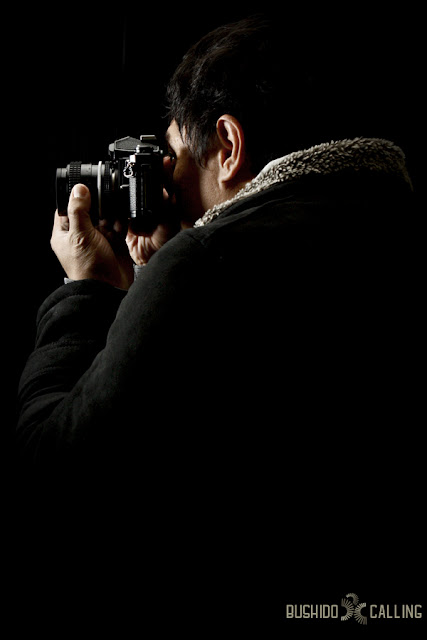 To have a better grasp on achieving correct exposure one needs to study the partnership of aperture, shutter speed and ISO. This is one of the reasons why I was aching to learn to shoot on a 35mm SLR camera. Of course you can learn the partnership with a digital camera- shoot to your heart's content and need not worry about film. Been there. Done that. But something was still missing. I think I am wanting that  innate characteristic of knowing what aperture and/or shutter speed to use to achieve that one creative shot. Or that ability to mentally compute that f2.8 1000 is equal to f8 125 is equal to f22 15 be second nature to me.
The Muses must have known what I needed, and whispered to my friend John Perez to lend me his Nikon FM last December. He was quick to point out the important things like the center-weighted average metering mode of the camera and the depth of field/distance scale on the lens. I was nodding in appreciation as I was thinking that the lessons I wanted to learn were not only the lessons I will be learning. The Nikon FM was perfect. I hear the Marriage of Figaro every time the shutter curtain clicks.
But it was not until March 11, just after the great shaker that I seriously clicked more than one shot from it. Must be to shake away the fear or to exalt in the joy that we were all safe. 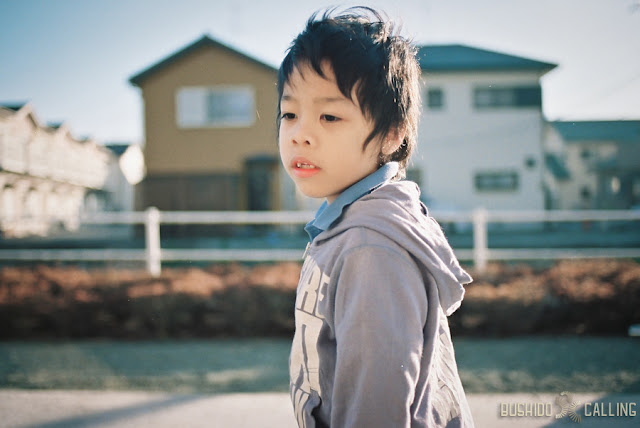 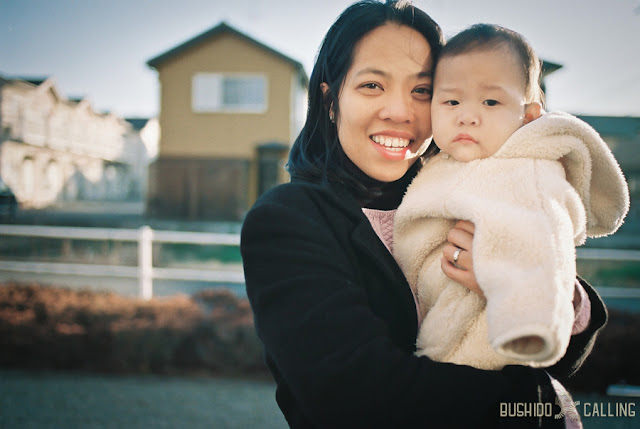 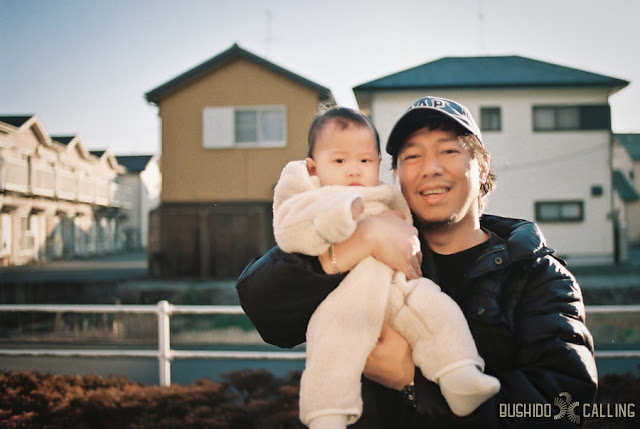 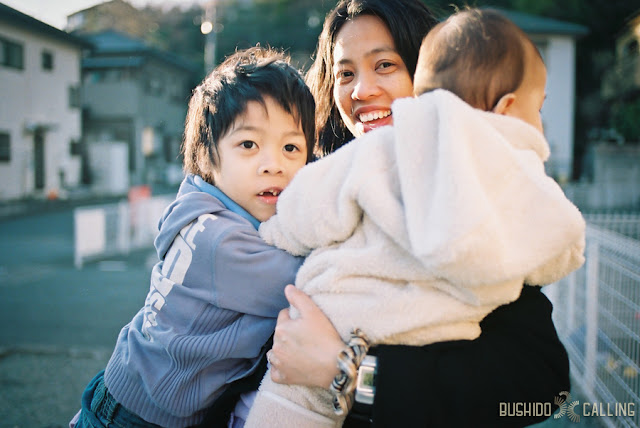 Next was when we transferred here in Toyohashi. Mabo san and Kazuyuki san were as playful as I was to lighten each other's load. 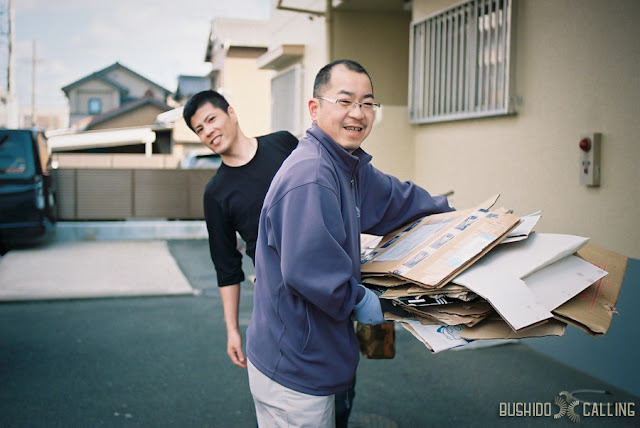 Mafe was also caught in a moment. 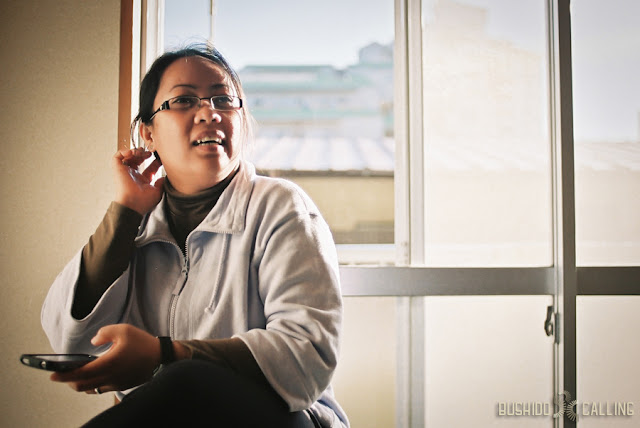 I also took it for a few spin at the Inuyama Festival. 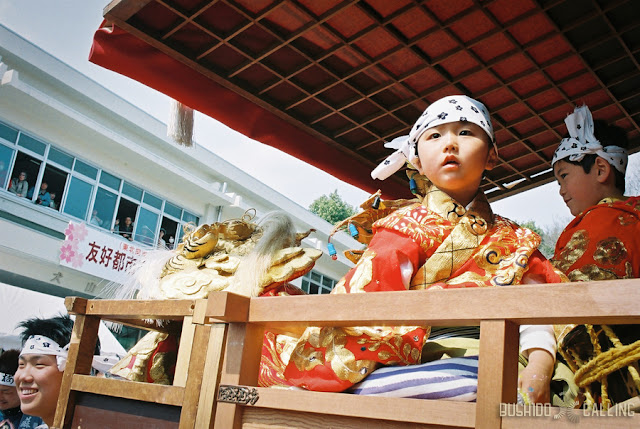 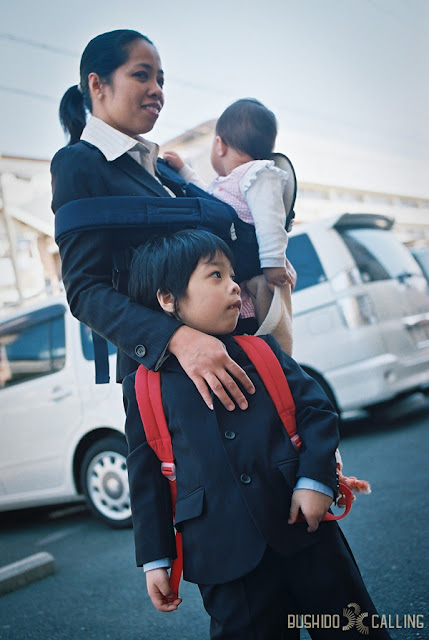 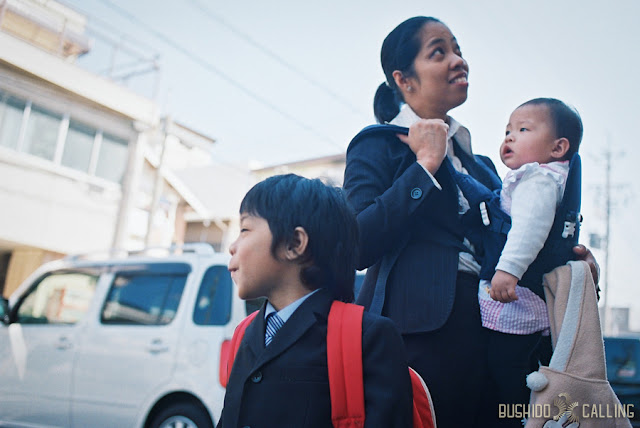 Finally, I used up the rest during our first sakura hanami. While Ken was busy with his own lessons too. 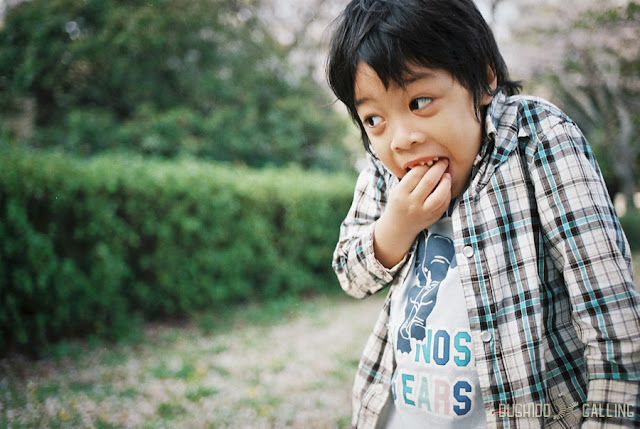 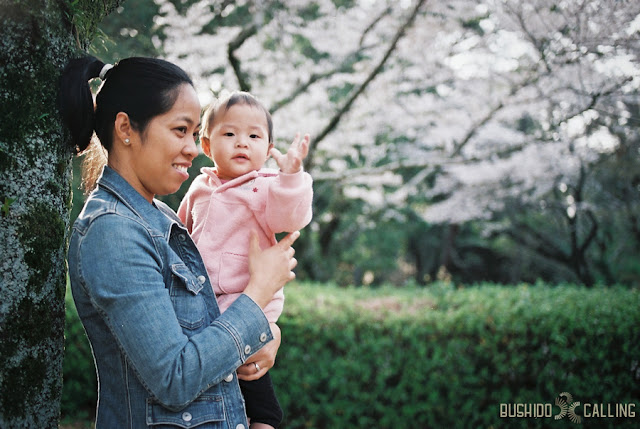 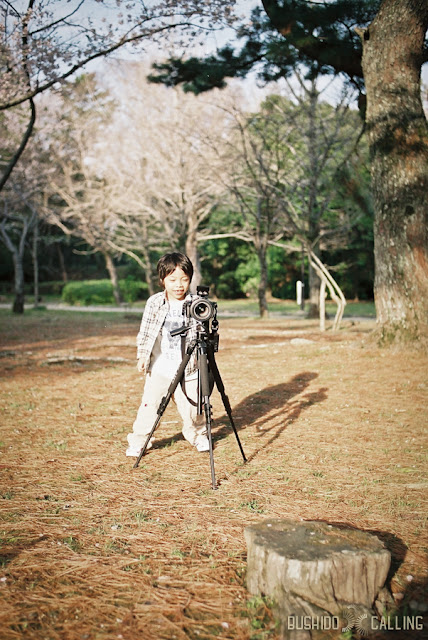 My heart skipped a beat when it was time for me and the Nikon FM to part ways. John will be using it on his vacation back to the Philippines. Some good things never last, so they say. But the Muses heard my cry and when Rya and Ken arrived yesterday from their afternoon stroll my son handed to me a Canon A-1. Unknowingly they visited the old camera shop I was talking about last Sunday. 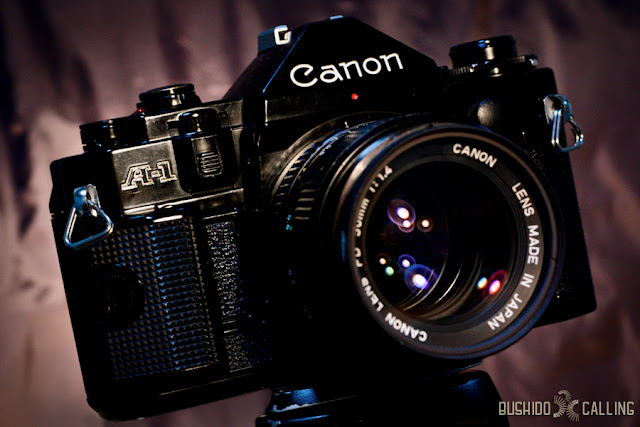 Last night I spent my time reading the manual for basic operations. As much as I want to go full Manual on controlling my exposures the Canon A-1have some familiar features, Av (Aperture priority) and Tv (shutter speed priority), that could be helpful when a certain situation calls for its use. Also there is a dial on the left side determining what film ISO you are using and stops for push-pull processing. I also found a Flickr group that generates some informative discussions. There are a lot of lessons to be learned from this new toy and not just achieving correct exposure. I got more than what I asked for. Even the price was a steal at JPY 7,500 together with the 50mm f1.4. Now it is time to give it a name.