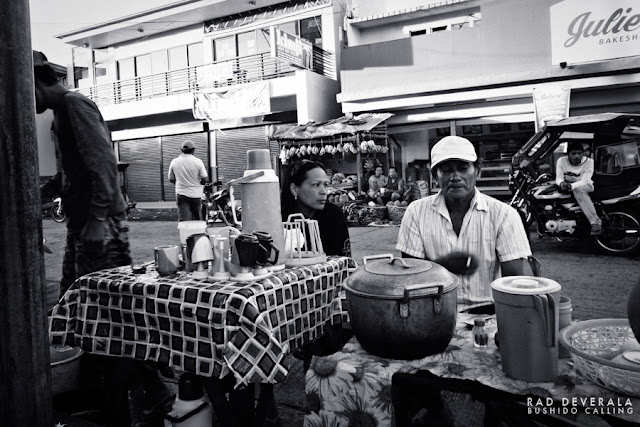 Remember that Sesame Street song, "Who are the people in your neighbourhood...  the people that you meet each day." Call me childish but that was the song playing inside my head when I took this set. One thing I love about when I was living in Midsayap was that my aunt's house is just steps away from the public market. 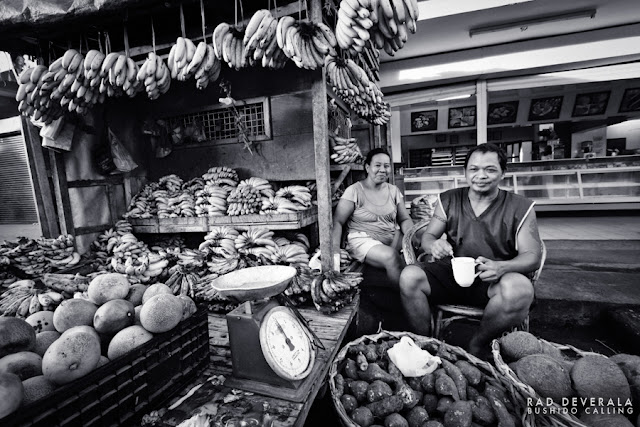 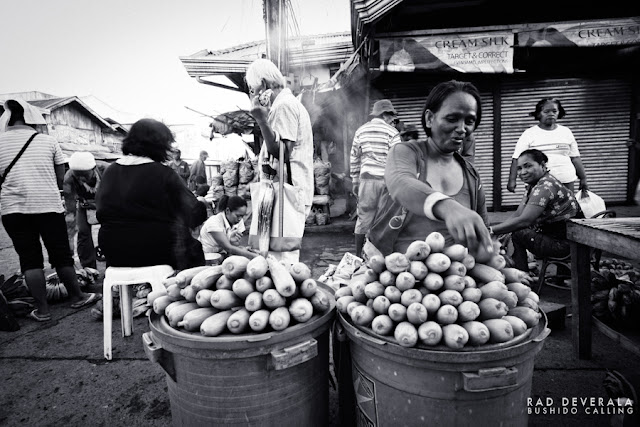 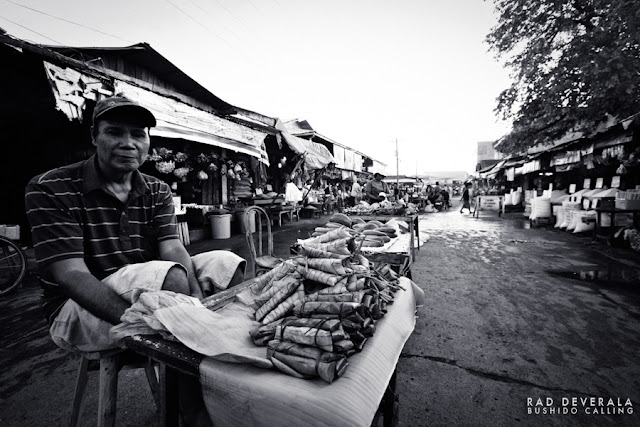 Nothing has changed much in the old hood. The area is still so busy. The hogs screeching around 3 o'clock in the morning are still there. It is a shame that I was not able to visit the old abattoir (even the fresh meat section) to take some shots for this set.

I was up around 6 o'clock and thought to check out what I could buy for breakfast. Everything was already in place. Hands of bananas were already hanged. Corns were already steaming. Ebos and suman, freshly made sticky rice wrapped in coconut and banana leaves were tempting my palate. All sorts of vegetables and fruits. The stalls were already open. Showcasing all sorts of dried fish. Rice of all varieties. Bottles of soy sauce and vinegar. 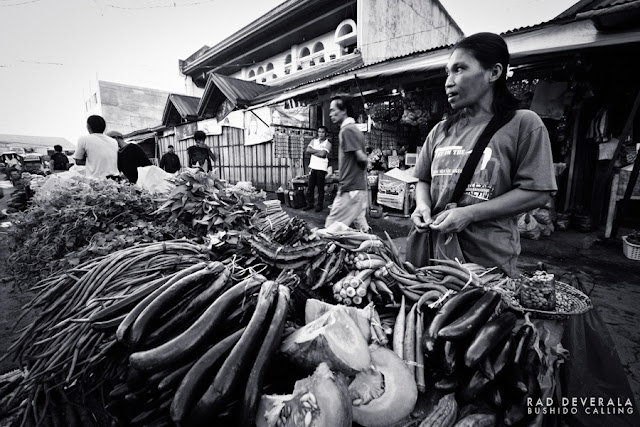 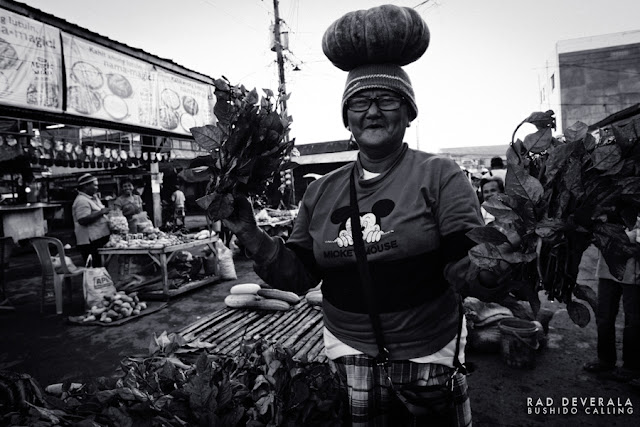 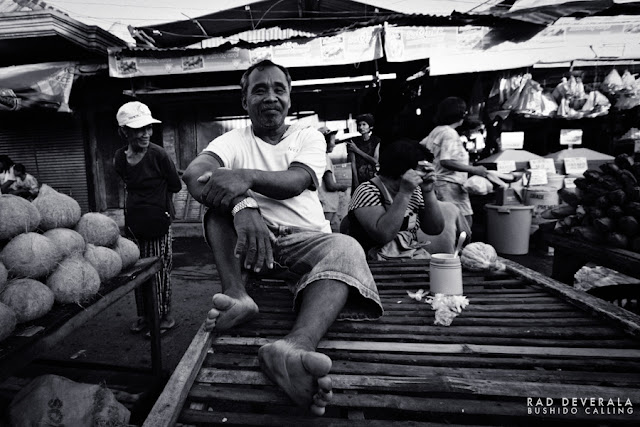 It was a beautiful morning, a lot of familiar faces were asking me why was I so early taking pictures. I readily answered, I wanted them to start their day with a smile. Then took a snap. I got introduced to some curious people who do not me. I told them, I wanted to show to my friends in Japan where I grew up and what it looks like. Then they would jokingly pose and say how about this shot? Which I immediately obliged with a click of the shutter. 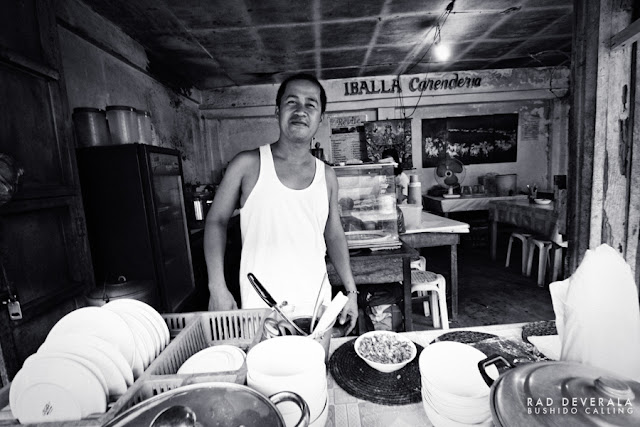 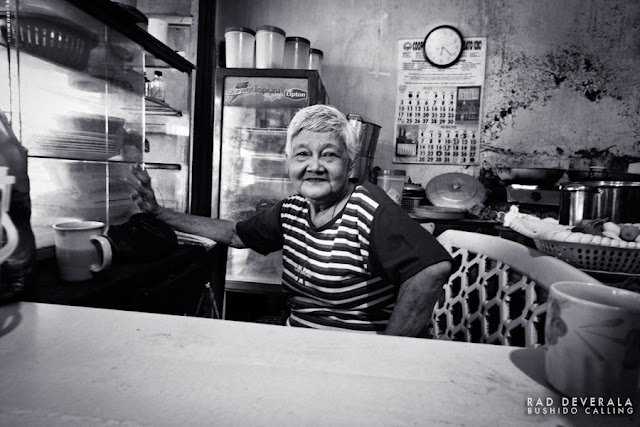 After an hour, I was having coffee and catching up with a batchmate at an old friend's carenderia. Before I left I took a portrait of him and his kind mother. 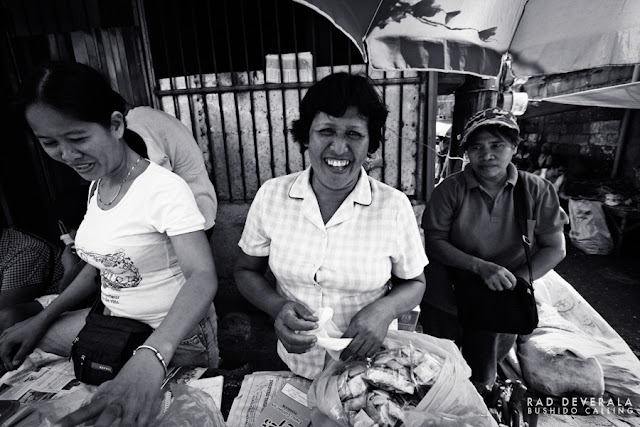 I ended up buying puto and other rice cakes, as I head back. Sometimes I wish all mornings are like this. The heart-warming harmony. Indulging in genuine laughter with people you know and just recently met. If only I had the morning free that day, I would have spent it roaming all the sections  of the market. There were a lot of friends I missed.