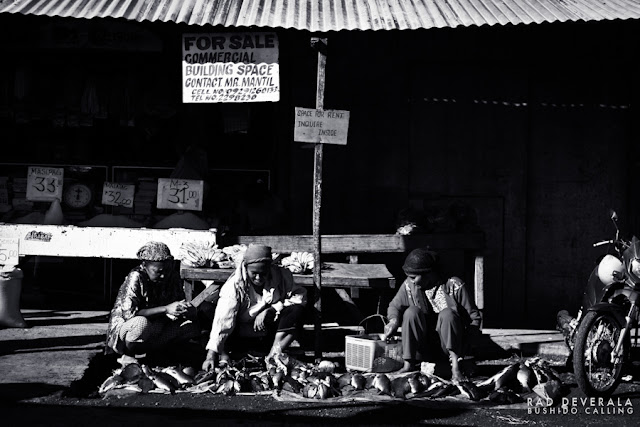 From the time I woke up they were already there. Their plastic sacks, banana leaves laid with stacks of tilapia, pantat (catfish), gurame, haluan (snakehead mullet), freshwater shrimps and snails. All day long they sit as one by one, people gather around to see their catch. 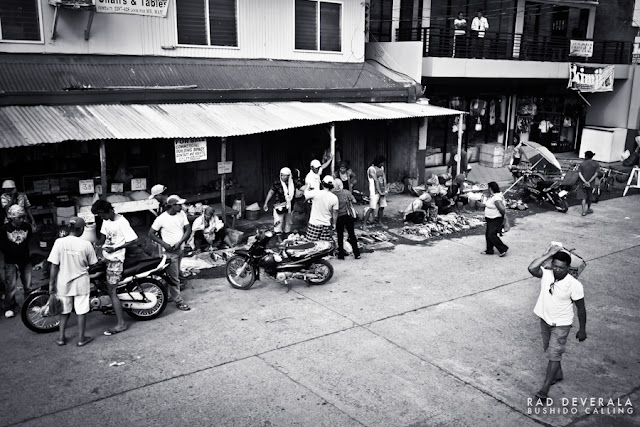 I have seen them before. The Maguindanaoan fish traders. They used to be at the farther end of the market together with the livestock sellers. Now they have transferred just across the street, in front of my aunt's house. Things were picking up when I decided to blend in with the activity. Most of them declined (worst covered their faces) when I asked for a portrait. Then I heard them mention the words police, arrested & jail. So I let down the camera and began to inquire. Were you arrested before selling these fishes here? No one answered. Understandable. I was a new face to them. Why would they trust me and answer a serious question. I readily pointed to them that I live in the house in front of them. And that I was just on vacation and would love to show my friends what Midsayap is. They looked at me. Still with apprehension, they asked if I am a journalist. I said no. I am  just a photography hobbyist and the pictures that I take are for personal use only. That is when I saw some of them smile. 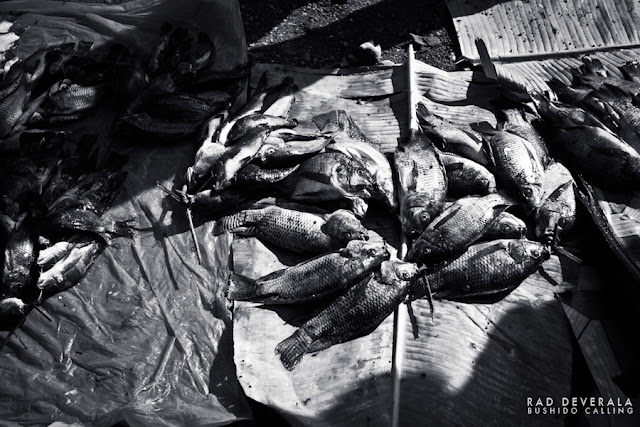 Midsayap is a town that has seen much arm conflict  between government forces and Moro rebels. Whether it be political or religious in origin I believe that everyone, whichever side you are in, is a victim of any war. Much has been implanted in the psyche of both sides (e.g. anti-Muslim prejudices, non-Muslims coming to Mindanao grabbing ancestral lands) that no one really knows when will this ever end. 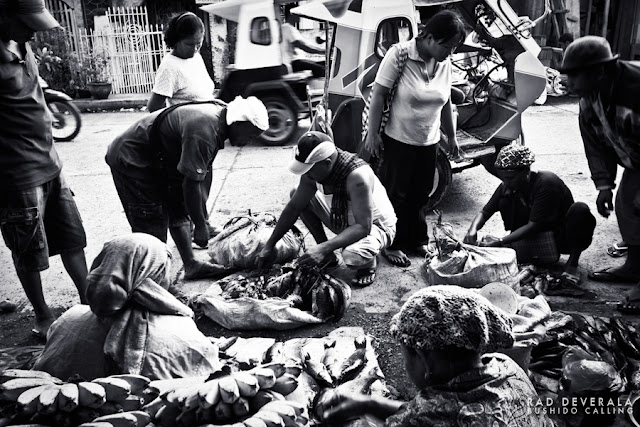 That is where I had a this sudden insight. I saw people coming and going. Some bargaining prices. Non-Muslim and even fellow Muslim buying whichever fish they want. That moment, I was experiencing a small measure of peace. 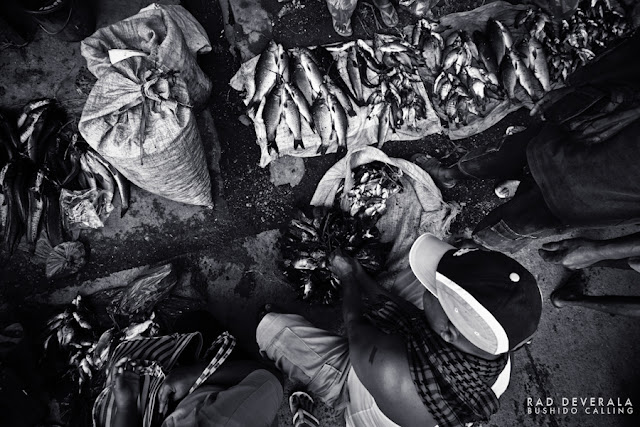 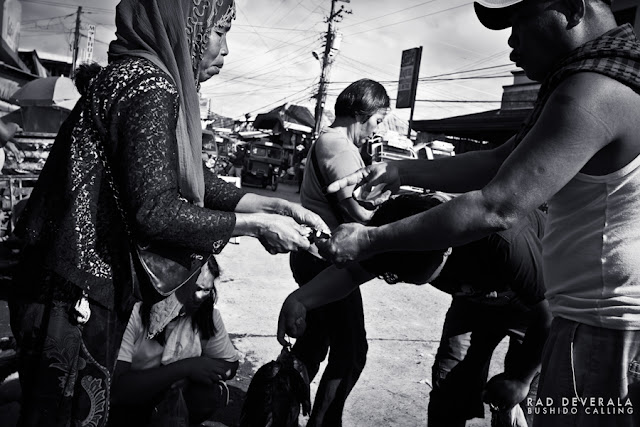 Enjoying what I was seeing and still clicking, I noticed one young man smiling and explaining to the traders what I was doing. I overheard the word "lifestyle" from him. I did not know what he really meant by that. But in appreciation I smiled back, nodded and said "Assalam alaikom". Still I did not insist for their portraits. Instead I followed one man's transactions. He was probably the biggest buyer that day. 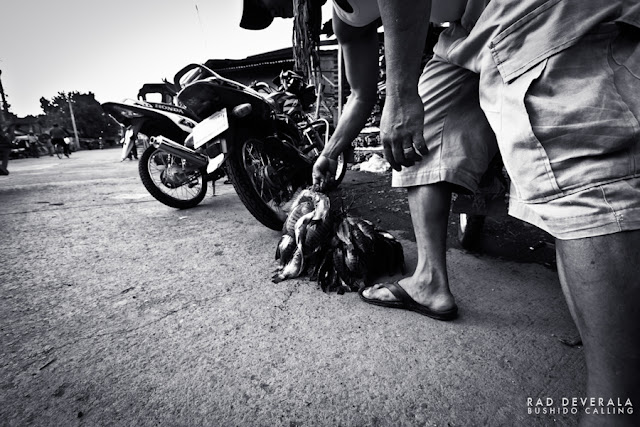 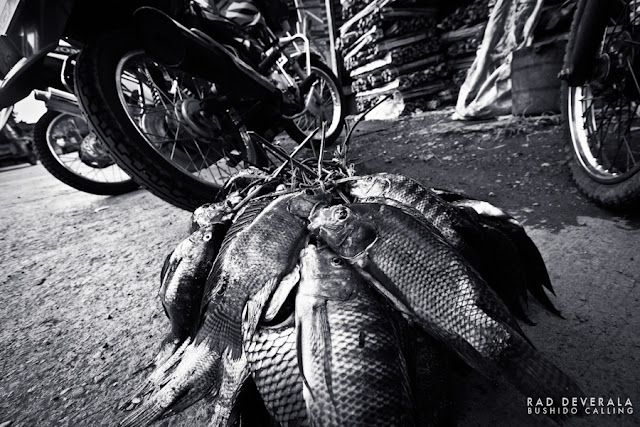 After one transaction to another. He would just place the fishes near his motorcycle. 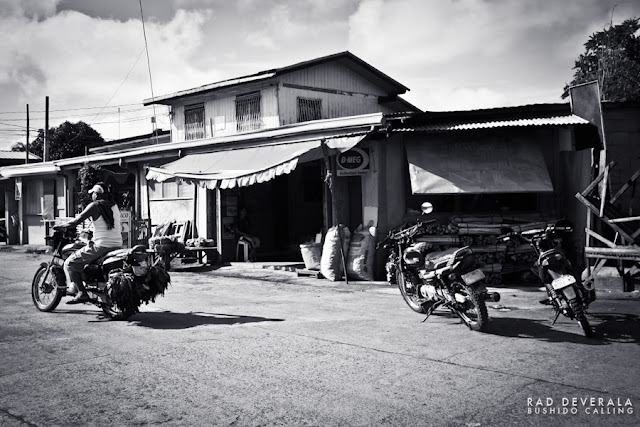 I think he hauled with him more than 6 dozen of tilapia. My cousin said that they are re-sellers and would sell the fish in the baranggays.

After resting and eating my merienda, I went back. And that was when they allowed me to take a closer picture of them. They were not indifferent anymore. We even laughed together when I told them about a joke when I was in Saudi Arabia. In the end I was saying "shukran jazilan" to each one of them and said next time I will make a short movie of them.