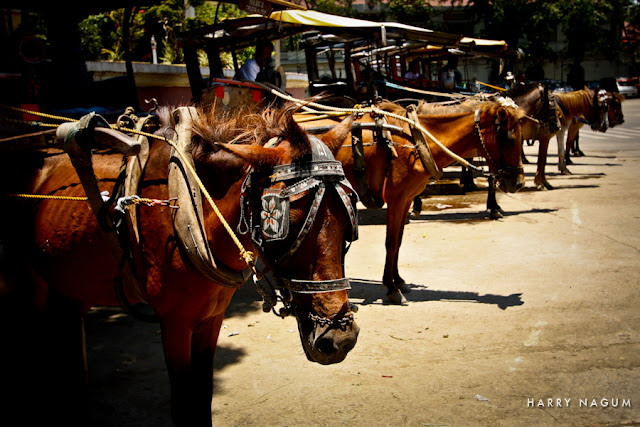 Kevin (whose shots were featured in the previous post) and Harry are my cousins who are interested in learning about photography. When I decided to put Vigan on my schedule I had them in mind to come along with me. This is an opportunity for me to share to them some things that I know.
Vigan is an hour and a half bus ride from Batac. We arrived at around 11am and immediately hit ChowKing for some chinese food. I talked about aperture, shutterspeed, ISO and basic camera operations (Av, Tv and M modes). I also explained a few compositions, how light affects a subject and how it gives dimension to an image. 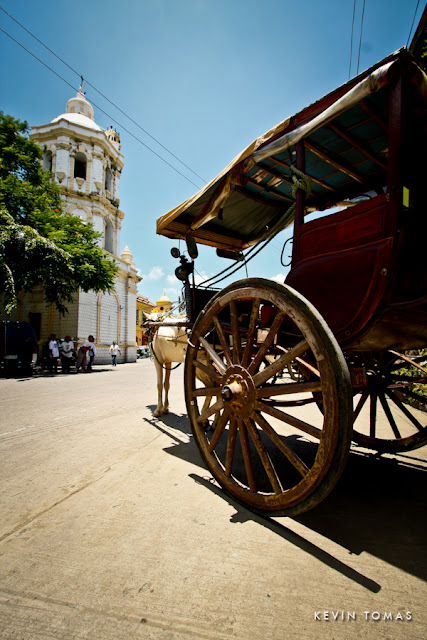 After lunch, we tested what they learned with a row of kalesas. I told them to always ask permission when shooting. The heat was unforgiving so after a few shots we stayed indoors - St. Paul's Cathedral. 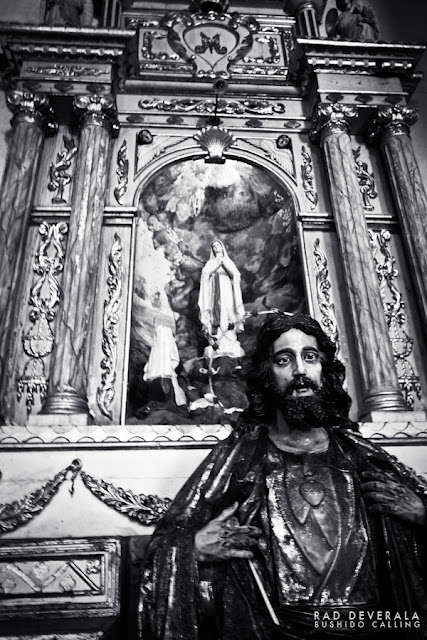 For two hours we took turns shooting while cooling ourselves. I further explained to them how to shoot in low light situations. Then we headed to the famous Pagburnayan (pottery). 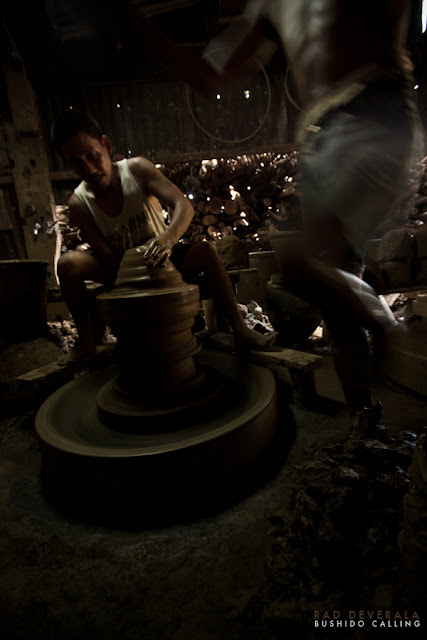 If you are familiar with the travel photographer Mitchell Kanashkevich he once visited Vigan, talked about the Pagburnayan in his blog and has a documentary video of the place.
This is my first time to see an actual production. Everytime I visited the Pagburnayan in the past it is rather a rest day or just a time where they are not producing clay pots. While spinning, the potter was talking to us explaining with ease how things are going around. On the other side we were guided to the furnace. Everyone in the factory was polite and even said "Agyaman kam nga pirme ta kanayon da kam a bisitaen Sir." (we are thankful that you kept on visiting us). And I replied  "Agsubli kam ton manen manong." (we will come back again) as we left. 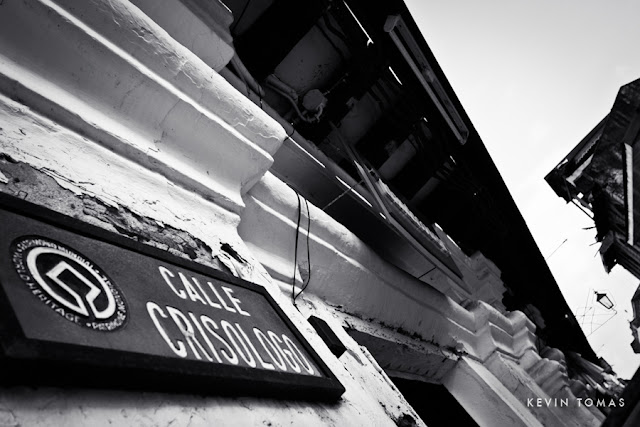 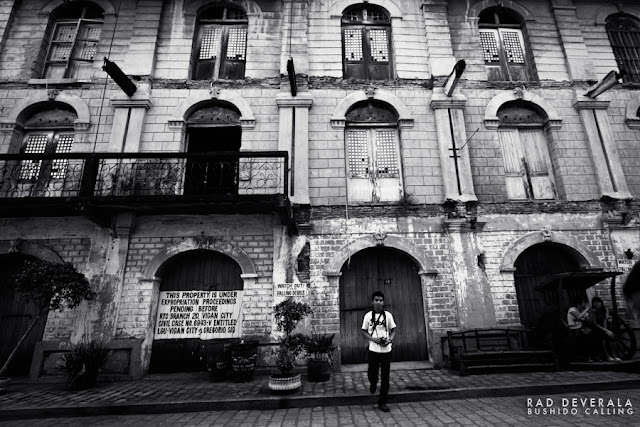 Our last stop was Calle Crisologo. Here is where you get that 18th century Spanish colony era feel. The constant tourist filled kalesa moving to and fro adds flavour to the atmosphere. This is also the place where you will find all sorts of souvenirs and antiques. Last time I visited I even saw old coins and paper money during the Japanese occupation. 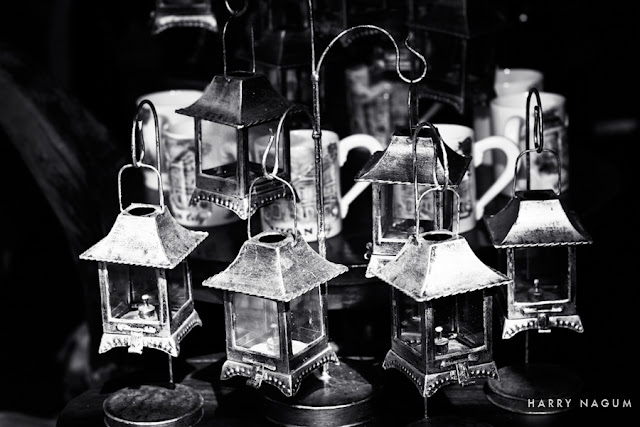 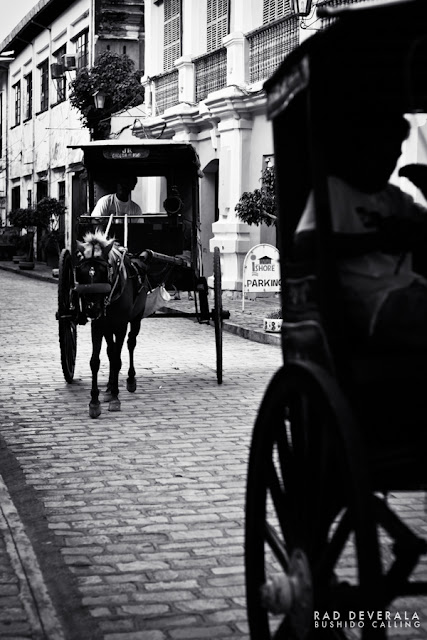 Here we let time pass as we sat down on one of those carriage-like benches. I watched people and kalesas pass by while Kevin or Harry roamed around and clicked at anything that was interesting in their eyes. And around 4:30 we hit the Sinanglaw kiosks and had our fill of it. We even ordered ukoy and some empanadas.
Then we returned to Calle Crisologo for their final lesson. Off camera flash. If not for the drizzle we would have stayed a little longer. But lesson learned nonetheless. 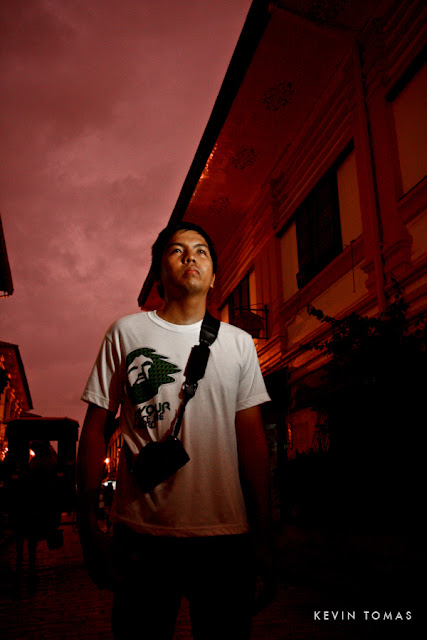 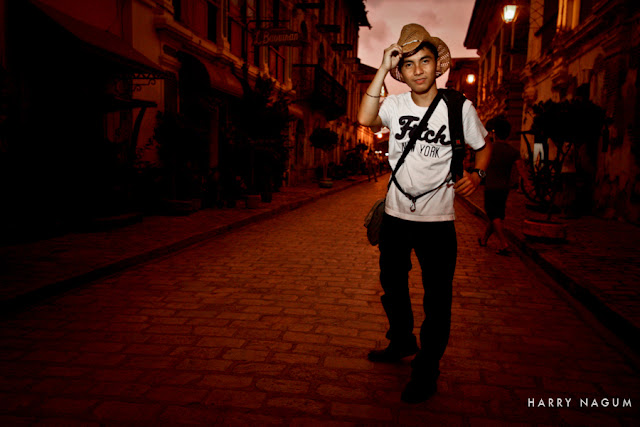 Final note: Another photojournalist humanitarian Karl Grobl conducts photo tours that includes Vigan on the itinerary. If you are interested here is his latest visit together with homegrown travel photographer Ferdz Decena.